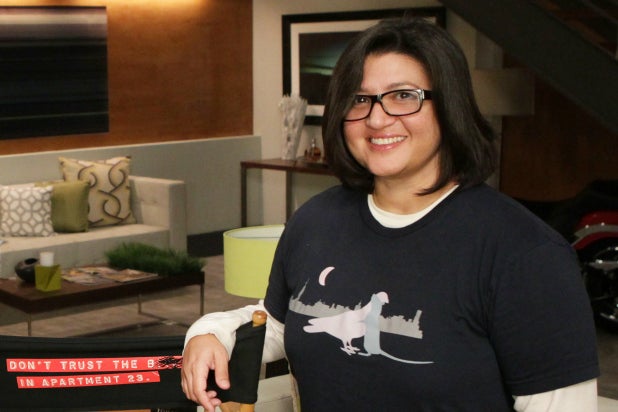 “Natch is a singular voice with a proven track record of success and versatility. She’s a highly sought-after writer, director [and] producer whose work reflects a deep commitment to the representation of women and diverse communities. We couldn’t ask for a better collaborator,” Universal TV president Pearlena Igbokwe said in a statement.

Khan has created and executive produced both “Fresh Off the Boat” and “Don’t Trust the B—- in Apartment 23” for Fox, both of which aired on ABC. She becomes the latest creator locked into a deal at a traditional studio as they continue to compete for talent against Netflix and the other streamers.

Last pilot season, she developed the Hannah Simone-led adaptation of “The Greatest American Hero,” which ultimately did not go to series. She is next set to debut the feature film she directed, “Always Be My Maybe,” starring Ali Wong and Randall Park, which is set to hit Netflix this summer.

Khan is represented by WME and attorney Marc Rinder.