Peacock has finally revealed the premiere date for its “Fresh Prince of Bel-Air” reimagining, “Bel-Air.” The dramatic take on the classic comedy will launch on Super Bowl Sunday, Feb. 13, 2022, with new episodes to be released on a weekly schedule.

Super Bowl LVI will take place at the new SoFi Stadium in Inglewood, California. As luck (or really, pricey rights deals and a trade with CBS) would have it, NBC, Telemundo and Peacock get the NFL’s championship game this year. (NBC will be airing 2022 Winter Olympics competition coverage immediately after the big game — huge ratings on top of huge ratings.)

Live coverage of Super Bowl LVI begins at 1 p.m. ET. We’ve still got about a month of football before we know the AFC and NFC representation. 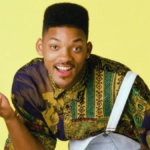 “Bel-Air,” which is based on Morgan Cooper’s viral 2019 fan film of the same name, has a two-season order. Cooper is a co-writer, director and executive producer of the Peacock series.

Set in modern-day America, this “Bel-Air” is a serialized one-hour dramatic analogue of the ’90s sitcom “The Fresh Prince of Bel-Air” that leans into the original premise: Will’s (Jabari Banks) complicated journey from the streets of West Philadelphia to the gated mansions of Bel-Air. 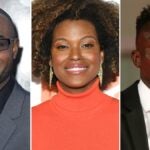 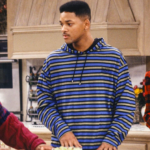