With two weeks before Paramount’s “Iron Man 2” kicks off the summer popcorn-movie season, the domestic box office is enduring a middling weekend, with CBS Films’ Jennifer Lopez-led romantic comedy “The Back-Up Plan” topping the market Friday with a $4.2 million performance, according to studio estimates.

Amid an overall box office that’s pacing 16 percent below the lukewarm $108.6 million that was grossed on the same weekend last year, according to one studio’s tally, the weekend’s other wide release, Warner’s Joel Silver-produced, DC Comics-inspired “The Losers,” debuted in fourth place with $3.2 million.

By the end of the weekend, it’s projected that DreamWorks Animation’s five-week-old 3D holdover “How to Train Your Dragon,” will be in the top spot. The film dropped only 16 percent week to week on Friday with $3.7 million, and is projected to finish the weekend with nearly $180 million in cumulative domestic receipts.

That would put its pace actually ahead of DreamWorks’ 2009 3D hit “Monsters vs. Aliens.”

If there is a big story to this not so huge weekend, however, it’s “Back-Up Plan,” which appears to be the second consecutive floundering effort from CBS Films — albeit, not nearly as floundering is the first effort.

Produced at a modest $35 million, and tracking to gross just under $12 million this weekend, the poorly reviewed romantic comedy has managed to surpass some tracking estimates that put its first-weekend total in the single figures. It’s also far out in front of “Extraordinary Measures,” CBS’ seminal feature release in January, which opened to just $6 million.

CBS Films officials are hoping to establish some traction in late July, when the youth fantasy drama “Beastly” premieres.

As for “Losers,” an ensemble action movie with a low-profile ensemble cast led by Zoe Saldana, it’s expected to take in just under $9 million this weekend. The film was produced on a budget of around $31 million.

The PG-13-rated "Losers" looks to be matching its pre-release tracking, despite having to compete for male moviegoers with Lionsgate’s R-rated comics-inspired holdover “Kick-Ass,” which is also on pace for a $9 million weekend. “Kick-Ass” dropped 62 percent on Friday to $2.9 million

Is Jennifer Lopez’s "The Back-Up Plan" a hit or another miss for the singer-actress hoping to revive her flagging screen career?

In the case of CBS Films, which will release the romantic comedy into 3,280 theaters Friday, the pre-release tracking hasn’t created a very clear picture. 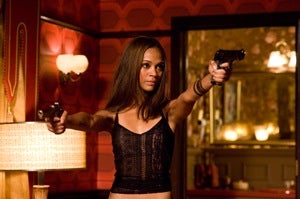 At least one tracking service expects the fledgling film division’s second movie, shot on a budget of around $30 million, to open to less than $10 million, just ahead of the weekend’s other wide release, the Warner comic-book adaptation “The Losers” (pictured).

That would make for two straight flops out the gate for fledgling CBS Films, which saw its Harrison Ford-led drama “Extraordinary Measures” tank to a $6 million opening in January.

For his part, however, CBS Films distribution head Steven Friedlander refers to recent tracking predictions as “false prophets,” noting that other services project “Back-Up Plan” to open to as high as $18 million.

“We’re expecting to open to $10 million-$18 million, and anything above or below that would surprise me,” Friedlander said. “You have five different services using different data points and different ways of gathering data.” 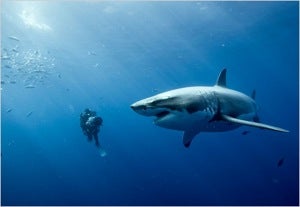 Regardless of which source you believe, the battle for this weekend’s box office crown likely will be a scrum in the low teens, with holdovers “How to Train Your Dragon” from DreamWorks Animation and “Kick-Ass” from Lionsgate once again challenging for the title.

As for "The Losers," it’s directed by Sylvain White (“Stomp the Yard”) and features an ensemble cast of B-level players led by Zoe Saldana and Chris Evans.

It’s the second comic-book-based title to be released in as many weeks, and it will have to fight for male audience share with “Kick-Ass.”

The film is budgeted at less than $40 million, and will open in 2,936 theaters. The movie has a 44 percent fresh rating on Rotten Tomatoes.

Finally, Disney will open French nature film “Oceans” on 1,206 screens. According to studio theatrical distribution chief Chuck Viane, the studio expects an opening slightly under the $8.8 million to which “Earth” premiered last year.

Directed by well-regarded TV producer Alan Poul (“Six Feet Under”), “Back-Up Plan” also features Alex O’Loughlin, well-known to CBS viewers (he was in “Moonlight” and “Three Rivers” before agreeing to star in the upcoming remake of “Hawaii Five-O”).

With the movie synergistically promoted on CBS over the last few months – interstitials featuring Lopez and O’Loughlin being cute together festooned the network’s Monday night comedy block, for example — moviegoer awareness of the movie has been ample, with one tracking service scoring the film in the high-70-plus range.

That same service scored the film’s “intent-to-see” quotient in the 20s.

Again, CBS Films officials dismiss the absolute validity of those kinds of statistics, noting that genre movies like rom-coms tend to score low on those types of research benchmarks.

Benefiting the film, however, will be the fact that it’s the only female-skewing film to be released within the last several weeks.