The mash-up of big-budget 3D movies continued to grab all the attention at the domestic box office Friday, with Warner’s epic remake "The Clash of the Titans" grossing $26.3 million, according to studio estimates, putting it on pace for a $60 million three-day haul, the low side of its pre-release projections.

Back in the earthly realm of 2D, however, "Tyler Perry’s Why Did I Get Married Too" from Lionsgate quietly put together the most surprising opening of the weekend, grossing $12.3 million. The film, shot at a budget just above $20 million, is on pace to enjoy one of Perry’s best openings, with a $30 million-plus haul expected over the three-day weekend. 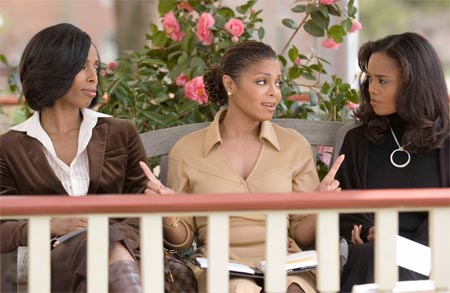 One other film opening wide this weekend, Disney’s "The Last Song" starring Miley Cyrus — which actually opened on Wednesday — grossed $7 million on Friday. It’s on pace to finish its first five days in theaters with $25.8 million.

Amid an overall domestic box office that was up 23 percent year to year, according to one studio’s estimate, DreamWorks Animation’s 3D "How to Train Your Dragon" took in $11 million in its second Friday of release, only a 9 percent drop for a film with great reviews and an "A" grade from word-of-mouth tracker CinemaScore.

While "Dragon" kept all or most of its screens after "Titans" crashed the 3D market, Disney’s "Alice in Wonderland" lost most of its 3D exhibition, retreating to about 600 3D-equipped theaters. Still, the Tim Burton-directed film grossed $3 million in its fifth Friday of release, which was only a 39 percent week-to-week drop.

As for "Titans," a $60 million weekend — which would included about $4.2 million worth of Thursday-night receipts — would represent the low side of pre-release expectations. Despite poor reviews, the film had been tracking big with males.

It was produced and converted to 3D at a cost of around $125 million, with Legendary Pictures co-financing the project

More impressive was the bow of Perry’s "Married Too," which — with the help of a co-starring effort from Janet Jackson — is in line to become the prolific producers second biggest opening ever behind last year’s "Madea Goest to Jail" ($41 million).

Here’s how the top 10 at the domestic box office looked Friday:

Warner Bros. opened its epic remake “Clash of the Titans” to an estimated $4.2 million Thursday, with the film starting out on mostly 2D screens at 3,004 theaters.

The movie, co-financed by Legendary Films and produced and converted to 3D at a cost of about $125 million, will formally debut in 3D Friday at 1,810 locations, 3,777 total.

“Titans” is expected to gross as much as $80 million this weekend, although Warner’s pre-release estimates are much more conservative than that.

Building momentum after a disappointing launch last weekend, DreamWorks’ 3D “How to Train Your Dragon” led the domestic market Thursday with $5.2 million, up 16 percent over its Wednesday performance.

“Dragon” has now grossed over $63 million in the domestic market, and is closing the gap between it and the 2009 DreamWorks 3D film it has been unfavorably compared to, “Monsters vs. Aliens,” which grossed $72.2 million over the same seven-day opening period last year.

Disney’s Nicholas Sparks-penned Miley Cyrus film “The Last Song,” meanwhile, grossed $4.2 million Thursday after a $5.1 million launch on Wednesday. The film is on pace to far exceed Disney’s initial expectations, which had the film grossing in the high teens over its first five days in theaters.

For its part, Disney’s “Alice in Wonderland” is set to lose the bulk of its 3D exhibition to “Titans” on Friday. According to one rival-studio official, Disney distribution executives thwarted Warner in its attempt to take some of those 3D screens away a day early so they could launch “Titans” on Thursday.

"Disney said f— you, you’re not going to take away our last shows,” the official noted.

The box-office’s great 3D bottleneck has finally arrived, with Warner Bros.’ “Clash of the Titans” remake settling into 3,777 locations this weekend, 1,810 of them 3D-equiped.

Kicking off runs at about 3,000 of those theaters starting Thursday night, “Titans” is expected to gross between $60 million to $80 million in the U.S. and Canada over the spring-break weekend. Costing around $125 million to shoot and convert into 3D, the film was co-financed and developed by Legendary Pictures. 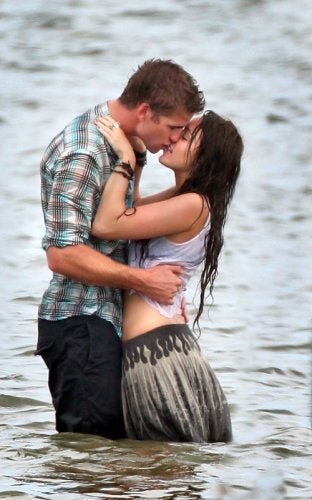 Other debuts include Disney’s Nicholas Sparks-penned Miley Cyrus vehicle “The Last Song,” which opened Wednesday to $5.1 million, and Lionsgate’s Tyler Perry follow-up “Why Did I Get Married Too.”

As for “Titans,” which stars “Avatar’s” Sam Worthington as Greek demigod Perseus, its late inclusion on the 3D calendar has put strain on the market, with it, DreamWorks’ “How to Train Your Dragon” and Disney’s “Alice in Wonderland” all contending for a finite allotment of 3D screens that now stands at just over 4,100 total.

“We did exactly what we hoped to do,” said Warner distribution chief Dan Fellman. “Our exhibition partners came through for us.”

Coming in with strong pre-release tracking among males — but with poor reviews (a 34 percent fresh on Rotten Tomatoes) indicating some difficulty in broadening that audience — “Titans” will be shown by some non-digitally equiped theaters in 3D using a low-cost film conversion system from Technicolor.

Fellman refused to break out how many of “Titans’” 3D runs were analog, however.

Certainly, some of the 3D love came at the expense of Disney’s “Alice,” which will see its 3D exhibition drop to about 600 locations this weekend, despite it’s solid legs. Released March 5, the film has yet to drop more than 50 percent week to week.

The Tim Burton-directed "Alice" is set to pass the $300 million mark in U.S. and Canada over the weekend, as well as $700 million globally.

Meanwhile, DreamWorks’ animated “How to Train Your Dragon” will hold its position at 2,178 3D-equiped theaters, with the studio and its distribution partner, Paramount, hoping to build on a lukewarm $43.7 million opening last weekend that was limited, at least to some extent, by competition from the also-PG-rated “Alice.”

The perspective of “Dragon’s” opening was colored by the fact that DreamWorks’ 3D “Monsters vs. Aliens” opened to $59.3 million on the same pre-Easter weekend last year.

However, buoyed by great reviews and solid word-of-mouth, “Dragon” grossed $14.2 million playing Monday through Wednesday; a spring break period that only yielded $9.9 million for “Monsters” in 2009.

The $165 million “Dragon” has grossed just over $100 million globally so far.

As for the 2D side of the equation, Disney premiered “The Last Song” in 2,673 theaters Wednesday hoping to gross in the high teens over the female-teen-skewing film’s first five days.

“I now believe we can exceed that,” said Disney worldwide theatrical distribution chief Chuck Viane. “We’ve had an accessibility to our audience because of the holiday, and we’ve been able to tap into that."

"The Last Song" comes with a reported production price tag of just over $20 million.

As for Lionsgate and its follow-up to 2007’s “Why Did I Get Married,” studio officials noted that one other spring Tyler Perry opening — for “Meet the Browns” two years ago — yielded a $20.1 million premiere.

With Janet Jackson starring in this latest film, and Perry enthusiastically promoting it during his recent stage production, Lionsgate officials hope to gross in the mid-to-high $20 million range this weekend.

Of course, the story of the weekend remains the glut of 3D movies, a situation that has caused concern among the broader community of studio executives, given the rising costs of ticket prices to 3D engagements.

Notably, there is worry among Warner’s rivals as to whether moviegoers paying $3 admission premiums will appreciate a movie that was converted to the format, after seeing dedicated digital 3D productions including “Avatar,” “Alice” and “Dragon."

“There will definitely be backlash for all of us if this film doesn’t deliver,” said one studio executive. “The movie (‘Titans’) is tracking f—ing huge, but if people start Tweeting that they don’t like it, there could be a real negative impact for all of us.”