Lifetime announced the cast and premiere date of “The Unauthorized ‘Full House’ Story” on Thursday, as well as released the first official photos from the upcoming TV movie.

The film will tell a behind-the-scenes account of the ABC show that ran from 1987 to 1995. The movie will premiere Aug. 22 at 8 p.m. ET/PT on Lifetime. Scroll down for the full cast list.

• Candace Cameron: Shelby Armstrong and Brittney Wilson (“Rogue”) as the younger and older versions of the actress, respectively

• Jodie Sweetin: Dakota Guppy (“The Returned”) and Jordyn Olson (“The Unauthorized Saved by the Bell Story”) as the younger and older versions of the actress, respectively

• Mary-Kate and Ashley Olsen: Blaise and Kinslea Todd as the toddler versions of twins; Calla and Tyla Jones playing them at age six and Kylie and Jordan Armstrong as the twins at nine years of age

• Andrea Barber: Aislyn Watson (“Finding Mrs. Claus”) and Jaime Schneider (“Twisted Tales of My 9 to 5”) as the younger and older versions of the actress, respectively

Netflix is currently producing a revival of the series. Titled “Fuller House,” the multi-camera project will include Cameron Bure and Sweetin reprising their roles as D.J. and Stephanie Tanner, respectively, 20 years after the original series ended.

Bob Saget also recently confirmed he will return for the new show, but the Olsen twins will not.

Scroll down for the first official photos of the cast. 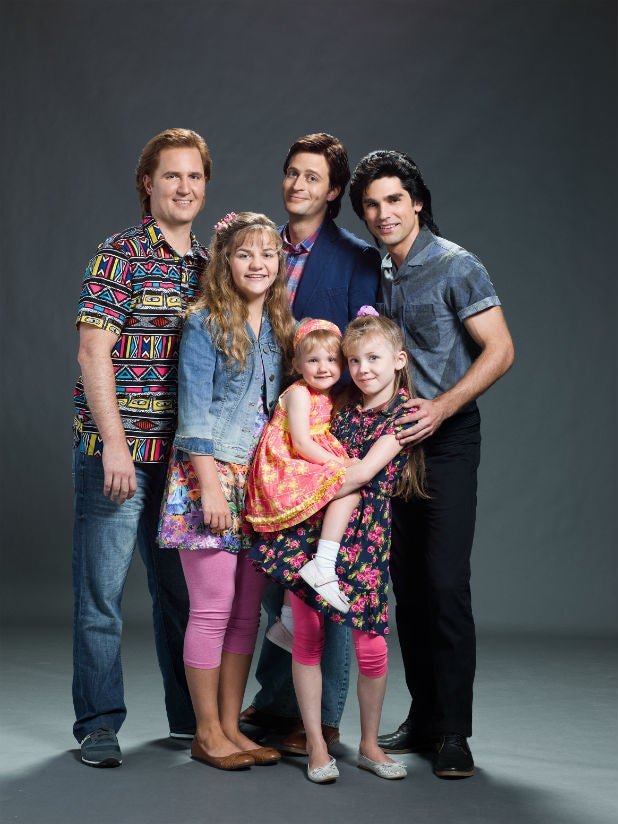