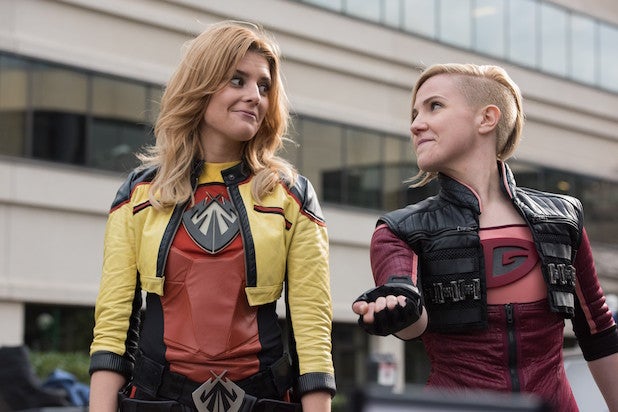 Fullscreen, the online video network backed by mogul Peter Chernin and telecom giant AT&T, will launch a subscription service next month with exclusive original programs, the latest in a rash of new services aiming to be Netflix on a smaller scale.

Linked to the launch, AT&T is injecting money into Fullscreen to help finance the original content, Fullscreen CEO George Strompolos said in an interview with TheWrap. However, he wouldn’t characterize the size of the investment, other than to call it “significant.”

AT&T will also promote the service to its customers, potentially offering them extended free trial, he said.

The mobile carrier wants to better reach Fullscreen’s young audience, AT&T Entertainment executive Tony Goncalves, in an interview with TheWrap. That demographic is particularly vital in the context of AT&T’s takeover of satellite-TV provider DirecTV last year. Pay-TV providers are arming themselves against the trend of cord-cutting, which is more pronounced the younger a consumer gets.

Fullscreen is controlled by Otter Media, a joint venture between media company Chernin Group and AT&T. The venture bought majority stake in Fullscreen in 2014, in a deal that valued the company between $200 million and $300 million.

The paid-tier launch the latest in a rash of digital subscription services offering niches of video on demand. Both traditional TV and film companies and digital upstarts are vying to establish online membership models, as consumers’ progressively shift more viewing from live, linear TV to online alternatives.

Also Read: SoundCloud Launches Subscriptions, And They Have a Familiar Tune

On the traditional side, companies like CBS and HBO have launched online direct subscription versions of their regular programming, while others like NBCUniversal have gone niche, with a $3.99-a-month comedy service Seeso. Meanwhile, online natives have unfurled the same model to widen into revenue streams besides just advertising. YouTube launched a subscription tier Red in October, and Hulu vet Jason Kilar rolled out new service Vessel a year ago.

“We’re in a transitional moment, where television is the still the viable product for most but those numbers are decreasing,” Strompolos said. “For us, this isn’t the pivot. This is the evolution. Programming direct to consumer is the right way to go.”

On Wednesday, Fullscreen said its subscription service will launch internationally on April 26, charging $4.99 a month with a blanket 30-day free trial, aimed at 13- to 30-year-olds. The membership unlocks a library that mixes original content, like the previously announced reboot of Sid and Marty Krofft’s ’70s campy superhero series “Electra Woman and Dyna Girl” starring YouTube stars Grace Helbig and Hannah Hart, with throwback licensed shows and movies, such as “Saved by the Bell,” “Dawson’s Creek,” and “Can’t Hardly Wait.”

Members will come for the originals featuring the online stars they love, Strompolos said, adding that fans of social and digital video stars are “just obsessed with seeing them do more.”

It provides the stars with fodder for daily interaction, Strompolos added, like crafting published playlists or sharing animated GIFs pulled from them.

The subscription service, which Fullscreen is styling as all-lower-case fullscreen, will have 800 hours of content and be available to watch on Apple mobile devices, some phones that run Google’s Android platform, and on Google’s Chromecast TV-streaming device, as well as through web browsers.