Actor John DiMaggio is holding his ground when it comes to his role in Hulu’s “Futurama” revival. And for now, that means he still won’t be returning, due to a pay dispute.

Last week, Hulu announced that it has ordered a 20-episode revival of Matt Groening’s futuristic animated comedy, marking the second time that show has been brought back. But, though most of the original cast will be returning, DiMaggio — who voices fan-favorite character Bender for the series’ run — was not on the list.

According to reports, DiMaggio’s deal had hit a standstill, as he wanted a pay increase. In a statement posted to Twitter on Tuesday night, the voice actor wanted to make it clear that he doesn’t think he’s the only one who deserves it. 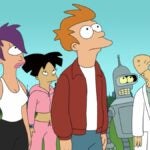 “I’ve been thinking about everything that’s been going on these past months and just to be clear, I don’t think that only I deserve to be paid more. I think the entire cast does,” DiMaggio wrote. “Negotiations are a natural part of working in show business. Everyone has a different strategy & different boundaries.”

You can read DiMaggio’s full statement below.

DiMaggio continued, writing “Bender is a part of my soul & nothing about this is meant to be disrespectful to the fans or my Futurama family. It’s about self-respect. And honestly, being tired of an industry that’s become far too corporate and takes advantage of artist’s time & talent.” 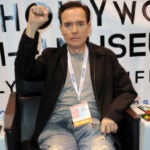 Hulu did not immediately respond to TheWrap’s request for comment.

It’s worth noting that when “Futurama” was first revived on Comedy Central, DiMaggio, Billy West and Katey Sagal and other main cast members were not slated to return over contract disputes. Those negotiations were smoothed over and the entire voice cast ended up reprising their roles, and for this new revival DiMaggio doesn’t seem to be ruling out his return entirely, as he noted that he’s “still hoping for the best” but will continue working elsewhere in the meantime.