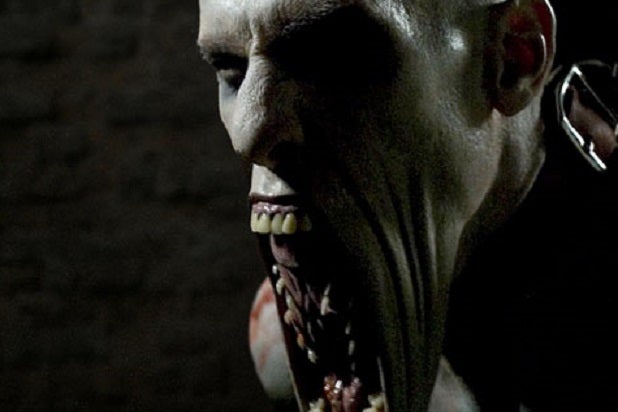 Get ready for more vampiric creepiness from Guillermo del Toro and FX.

The network has give a second season order of 13 episodes to “The Strain,” from del Toro, Chuck Hogan and Carlton Cuse.

“We’ve never had any doubts about The Strain,” said John Landgraf, CEO, FX Networks and FX Productions. “Working with Guillermo del Toro, Carlton Cuse, and the brilliant cast led by Corey Stoll has been everything we had hoped it would be and more.  It is thrilling when you have a show that is a creative and commercial hit, which is a rare accomplishment in this increasingly crowded marketplace. We look forward having it on FX for as long as Carlton, Guillermo and Chuck Hogan need to tell this epic tale.”

The second season is scheduled to premiere in summer 2015. The current first season of the show, which premiered in July and airs Sundays at 10 p.m., has seven episodes left.

The series stars Corey Stoll as Dr. Ephriam Goodweather, a doctor with the Centers for Disease Control who’s investigating a vampiric virus that’s contaminating the city after a Boeing 777 makes a mysterious arrival at JFK. Goodweather and his team are called upon to investigate a mysterious viral outbreak with hallmarks of an ancient and evil strain of vampirism.

“I am thrilled!  Another season to spread the virus!” del Toro said. “Working with Carlton, Chuck and FX has been immensely rewarding and we have such sights to unveil in the upcoming episodes — the blood hits the fan on this one, mankind becomes an endangered species.”

The “Strain” series premiere amassed 4.73 million total viewers in Live + 3 numbers, which takes into account people who watched the episode when it first aired and over the following three days.  First-run airings of the series are currently averaging 4.5 million total viewers on a Live + 7 Day basis, which takes into account viewers for the first airing and for the following seven days. In Live + 7, “The Strain” is averaging 2.6 million viewers in the advertiser-sought 18-49 demographic.