Briarcliff Entertainment has acquired the North American theatrical rights to “Gabby Giffords Won’t Back Down,” the new documentary film from directors Betsy West and Julie Cohen (“RBG,” “My Name Is Pauli Murray”).

The film is set for a nationwide theatrical release on July 15. CNN Films, which produced the project with Time Studios, still retains the broadcast rights and will show the film on CNN later this year.

“Gabby Giffords Won’t Back Down” tells the story of former Arizona Congresswoman Gabrielle Giffords and her inspiring rise in the Democratic party before she was shot in the head following an assassination attempt on her life in 2011. The film shows her long road to recovery, her strong bond and love with her husband, astronaut Mark Kelly, and above all, her ongoing battle with the mental language condition aphasia brought on by her brain injury.

West and Cohen’s film premiered to acclaim at last month’s SXSW Film Festival and has a 100% score on Rotten Tomatoes. 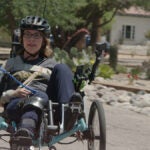 “Julie and Betsy have made an informative, provocative and entertaining film, a true recipe for success. ‘Gabby Giffords Won’t Back Down’ is a motion picture for the ages and a more than worthy follow up to Julie and Betsy’s Award-winning film RBG,” Tom Ortenberg, Briarcliff Entertainment CEO, said in a statement. “Gabby Giffords’ story is one that needs to be seen by as many people as possible and we are honored to be partnering with the filmmakers, CNN and Time Studios in bringing it to audiences everywhere.”

“We are so excited to work with Briarcliff Entertainment to get Gabby Giffords’ phenomenal story out into the world in a big way. Gabby is the hard working, dragon slaying, 80’s hits-singing, recumbent bike-riding hero we all need right now. We can’t wait for audiences to fall in love with her as much as we have,” co-directors Betsy West and Julie Cohen said. 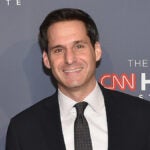 “Working alongside Gabby and Mark to bring their story to fruition has been a labor of love and one that fosters hope. I couldn’t be prouder to be associated with this entire team and looking forward to working with Briarcliff Entertainment to bring this film to the masses,” Erspamer said.

The deal was negotiated by Briarcliff’s Tom Ortenberg and by CAA Media Finance and UTA on behalf of the filmmakers.

See TheWrap’s interview with the filmmakers out of SXSW here.