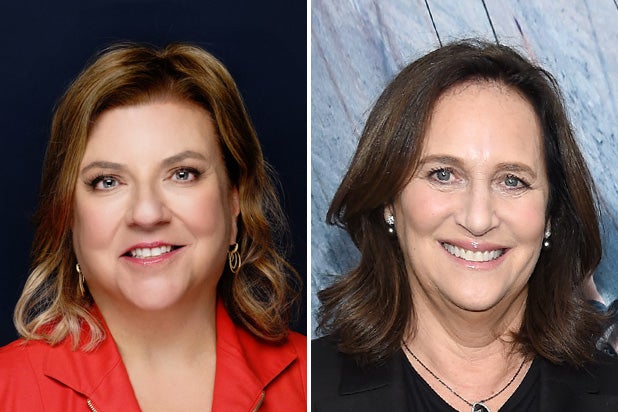 The Producers Guild of America (PGA) announced Saturday that Gail Berman and Lucy Fisher were elected as presidents —  marking the first time two women will lead the Hollywood trade association.

Berman and Fisher ran unopposed and were introduced to their constituents during the guild’s annual General Membership Meeting on the Paramount Pictures lot.

“Gail and Lucy have long since established themselves as leaders in our industry, steering their respective networks, studios and companies to great success in an era of unprecedented change,” outgoing PGA presidents Gary Lucchesi and Lori McCreary said in a statement. “They are a pair of brilliant and fearless producers who are devoted to the ideals of the PGA and the professional welfare of its members. We can’t wait to watch the guild thrive under their stewardship.”

Berman — who is the Chairman and CEO of The Jackal Group — has launched several award-winning TV, film, digital and Broadway properties. Her upcoming credits include “The Addams Family” and “I Almost Forgot About You” starring Viola Davis. In March 2005, she was named president of Paramount, before which she served as president of entertainment for Fox Broadcasting Company from 2000 to 2005.

After serving as founding president of Regency Television, she produced hits such as “American Idol,” “24,” “Arrested Development” and “Family Guy.”

Fisher is an award-winning producer known for her work on “The Great Gatsby,” “Memoirs of a Geisha” and “The Divergent” series, and is currently the Co-Head of Red Wagon Entertainment along with Wick. Previously, she served as vice chairman of Sony’s Columbia TriStar Motion Picture Group, where she supervised films like “Jerry Maguire” and “Air Force One.” She also served as executive vice president of worldwide production at Warner Bros. for 14 years.

Lucchesi and McCreary held the post since 2014. Over the past four years, they dealt with high-profile issues for the PGA, including the release of the guild’s anti-sexual harassment guidelines.