Gal Gadot will star in the feature adaptation of Catriona Silvey’s debut novel, “Meet Me in Another Life,” for which Atlas Entertainment and Pilot Wave won the rights.

Gadot will produce with Jaron Varsano for their production company Pilot Wave, alongside Charles Roven and Richard Suckle for Atlas Entertainment.

“Meet Me in Another Life” centers on a man and a woman who must figure out why they keep meeting in different versions of reality. The novel was published in the U.S. on April 27 by William Morrow (a division of HarperCollins Publishers) and will be released in the U.K. by Harper Voyager on July 8. 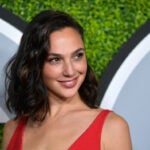 “Catriona’s characters are beautifully explored and deeply complex — their reincarnations sometimes bordering on taboo — that the payoff of their self-discovery feels genuine and earned,” Gadot and Varsano of Pilot Wave said in a statement. “We’re thrilled to partner with Chuck Roven and Richard Suckle to bring this story with many layers on the big screen.”

Silvey added: “As a writer, I’m so inspired by the storytelling possibilities of film. I’m beyond thrilled that a team that has been involved in some of my absolute favorites will be giving my book a whole new life in another medium.”

Silvey’s short stories have been performed at the Edinburgh International Book Festival and shortlisted for the Bridport Prize.

The deal was negotiated by Andrew Mills of Revolution Talent in London, on behalf of Bryony Woods at Diamond Kahn Woods Literary Agency.