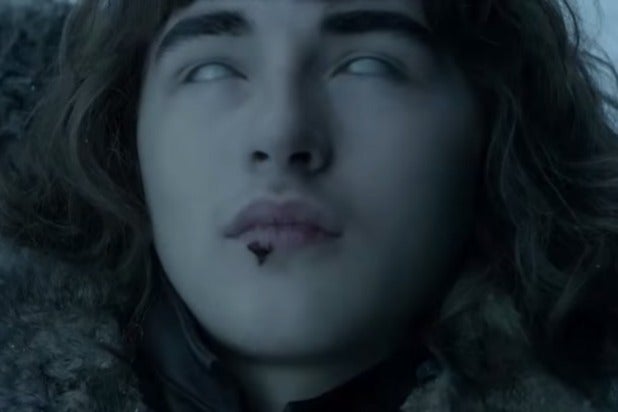 Bran Stark is back! After taking season 5 off, we’re finally catching up with the young crippled member of House Stark in the second episode of season 6. Considering it’s been two years since last saw him — and also given he’s grown up quite a bit in that time — you might be a bit lost when he does pop back up. It probably didn’t help that all through season 5 people would talk about him as if he was dead. So here’s a refresher on the boy-turned-man to catch you up to speed.

The last time we saw Bran was in the season 4 finale, in which he and Meera and Jojen Reed had concluded their journey to the far north end of Westeros. They had set out to find a tree that Bran had seen in visions. That tree, it turned out, was home to the last remaining Children of the Forest. Jojen, sadly, was killed by an undead wight right on the doorstep.

Bran is one of the few members of House Stark to never go south. Way back in the first episode of the series, Bran was shoved out a high window by Jaime Lannister. He survived but was in a coma, and stayed in Winterfell while his father Ned and sisters Sansa and Arya traveled to King’s Landing. His half-brother Jon Snow, meanwhile, went north to join the Night’s Watch.

Also Read: 'Game of Thrones' 101: A Look Back at Arya Stark's Bloody History

Bran awoke a few episodes later, crippled from the waist down. After his father Ned was executed by King Joffrey, Robb Stark led the Northern houses to war and took their mother Catelyn with him — leaving Bran in charge of Winterfell.

During the war, “King of the North” Robb sent the Stark Ward Theon Greyjoy to the Iron Islands to broker a deal for aid with his father. But instead Theon led a raid on Winterfell with Ironborn men capturing it while the Stark armies fought hundreds of miles away. Bran and his little brother Rickon were able to escape with the help of Hodor and the wildling Osha. Theon killed a pair of boys close in age to the Starks and told everyone it was Bran and Rickon.

After a lot of meandering around the countryside, the group met Jojen and Meera. Jojen and Bran had the same dreams, apparently, and they were both wargs — meaning their consciousnesses could enter the mind of an animal and control it. Their visions, Jojen said, were pointing them north of the Wall.

As the group moved north, they sought shelter in an old windmill during a thunderstorm, just as some wildlings were raiding a nearby homestead. Hodor, upset by the thunder, would not be quiet and risked giving away the group. And here Bran learned the greater extent of his warg powers by entering Hodor’s mind and silencing him. An alarming and enticing development.

From there, Jojen, Meera, Hodor and Bran, along with Bran’s trusty direwolf Summer, went beyond the while while the rest stayed south of it. The trio stumbled into the Night’s Watch revolt at Craster’s Keep, getting locked up by the rebels, and Bran narrowly missed seeing Jon Snow again there. Bran wargs into Hodor again to slaughter some of their captors so they can escape. Everyone, especially the gentle Hodor, is troubled by this.

They soon manage to find the tree from Bran’s visions and, as mentioned above, Jojen is killed by a wight. And now he makes his return two years later, an adult Bran Stark whose destiny remains unknown as we enter uncharted territory.

Jojen, by the way, has the dubious honor of being included in our list of the most troubling deaths on “Game of Thrones” so far. Check out that list below.