(Spoiler alert. Major plot details for the first nine episodes of Season 6 of “Game of Thrones” ahead.)

The Battle of the Bastards may be over, but Season 6 is not. A lot of different characters have been to a lot of different places (and times, even), and keeping track of them all can be quite the task ahead of this Sunday’s finale.

TheWrap is here to help! We’ve got the “Winds of Winter” (the finale episode, not the unreleased book) primer you need to make sure you know what’s going on when everything inevitably goes to hell.

You’ll find a rundown below of where the major players are and have been this year heading into Sunday night. If you want a longer-term rundown, check our look back at the major events of the entire series thus far. If you want a reminder of who everyone is, click on the gallery below.

Also Read: Who Are All These People on 'Game of Thrones'? (Photos)

Daenerys (Emilia Clarke) pulled a coup in Vaes Dothrak and now commands the Dothraki horde. And then in ep. 9, she successfully quashed the slave masters’ rebellion in Meereen and the rest of Slaver’s Bay. Now Tyrion (Peter Dinklage) will continue on as her adviser, and Yara and Theon Greyjoy as her partners in crime, as she prepares to invade Westeros.

Varys, meanwhile, is also working on behalf of Daenerys, but has left Meereen for unknown parts and for an unknown purpose. Will we see what he’s been up to in the finale? 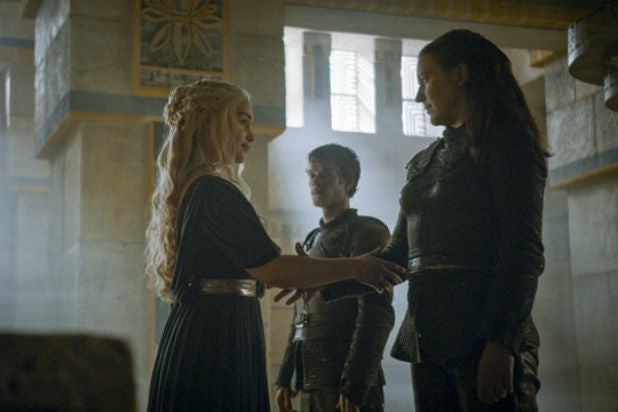 Theon (Alfie Allen) and Yara (Gemma Whelan), the remaining children of Balon Greyjoy, made a pact with Daenerys for 100 ships if she helps them retake the Iron Islands from their mad uncle Euron (Pilou Asbæk).

It would be easy to forget, also, that Euron claimed to be the Drowned God that the Iron Islanders worship, as well as a supernatural force that can control the weather.

Cersei (Lena Headey) was counting on a trial by combat to settle her dispute with the High Sparrow (Jonathan Pryce), but her son, King Tommen, outlawed that practice. Now Cersei has to face a group of septons as her jurors — unless she has something else up her sleeve, and she probably does.

Also Read: 'Game of Thrones': Is Cersei's Rumor Tied to the Mad King?

Jaime (Nikolaj Coster-Waldau) got back together with his sister-lover Cersei and fought to retain their power in King’s Landing. But Tommen removed him from the Kingsguard and sent him away from King’s Landing — and when the Blackfish retook Riverrun, he led the Lannister forces and somehow managed to peacefully retake the castle in the name of his family.

Where will he go now? Promo photos from the finale released by HBO indicated he’ll be meeting with Walder Frey. After that, will he enter the no-doubt chaotic fray at King’s Landing?

Margaery Tyrell (Natalie Dormer) was to stand trial just like Cersei, but she confessed her sins to the High Sparrow instead and was instrumental in orchestrating an alliance between the Faith of the Seven and King Tommen. But is her newfound faith real or false? Judging by a note she surreptitiously gave her grandmother, Margaery is up to some kind of shenanigans, but to what end? Her brother Loras, by the way, is still imprisoned by the Faith, and almost certainly saving him will be her highest priority.

Also Read: 'Game of Thrones': What Did Queen Margaery's Note to Her Grandmother Mean? 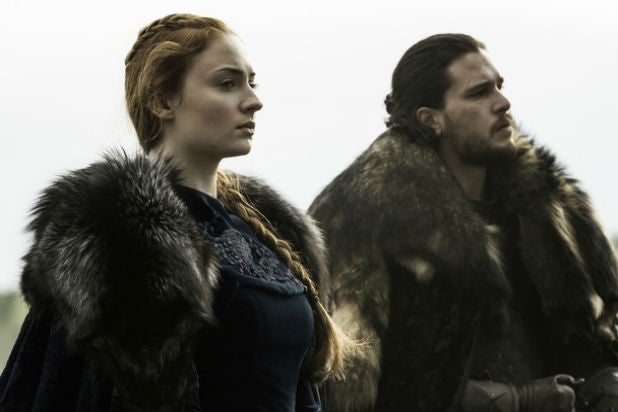 Jon Snow (Kit Harington) and Sansa Stark (Sophie Turner) retook their ancestral home of Winterfell after the Battle of the Bastards. But they needed help from Lord Petyr Baelish (Aidan Gillen), who never does anything for free.

Or could Sansa have finally softened Littlefinger’s heart? When they last spoke before the battle, he seemed quite surprised about her traumatic ordeal under Ramsay’s care in Winterfell, and he might feel some actual guilt.

Also Read: 'Game of Thrones': What's Next For the North After Ramsay's Death (Photos)

Arya (Maisie Williams) overcame a lot this season: blindness, beatings, and a brutal stabbing. But in the end, she bested The Waif (Faye Marsay) and settled her dispute with the Faceless Men, promising to return home. Now, with her assassin training apparently complete, does she have a target in mind for when she gets back to Westeros?

For more reflection on Arya’s past, check out our timeline of her long, winding journey over the years.

Brienne (Gwendoline Christie) and Pod (Daniel Portman) finally found Sansa and took up as her protectors. Once she was reunited with Jon, Sansa dispatched them to Riverrun to recruit what was left of the Tully army to fight for the North. Last we saw them, they were leaving Riverrun after the Blackfish (Clive Russell) died.

The pair was absent for the Battle of the Bastards — hopefully we’ll catch up with them before the season ends, or maybe somebody else (Arya?) will.

Bran (Isaac Hempstead-Wright) got overzealous in using his psychic powers, which led to a showdown with the Night’s King (Richard Brake) that left his trusted companion Hodor (Kristian Nairn) and the Three-Eyed Raven (Max Von Sydow) dead. Last we saw him, he had reunited with his resurrected uncle, Benjen (Joseph Mawle).

Early in the season, Bran saw a couple hugely important events in the history of the Seven Kingdoms: the taking of the Tower of Joy by Ned Stark and Howland Reed, and the creation of the White Walkers by the Children of the Forest. The events at the Tower of Joy are likely to have major ramifications for the future of “Game of Thrones” — will one of the most popular and long-running fan theories finally be proven true in the finale?

Also Read: 'Game of Thrones': That Ned Stark Flashback, Jon Snow and the Prince That Was Promised 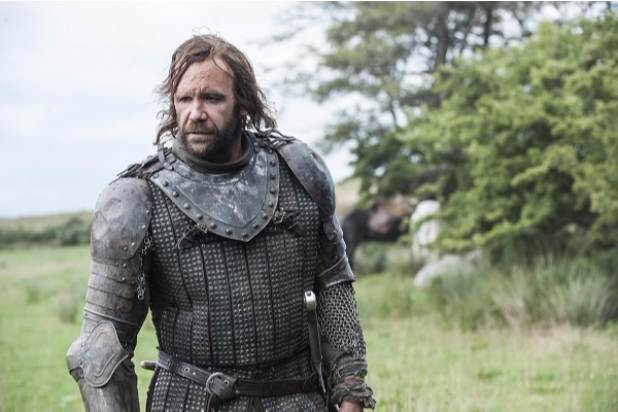 Although he did not pop up until late in the season, Sandor “The Hound” Clegane (Rory McCann) made quite an entrance when he slaughtered several rogue members of the Brotherhood Without Banners and appeared to join the group in an effort to kill his brother, The Mountain (Hafþór Júlíus Björnsson).

That’s most of the major players, but you’re not quite ready for the finale pregame discussions with your friends and enemies just yet — a “Game of Thrones” finale is one of the biggest TV-related social events of the year, after all. Next, you’ll want to head over to our list of big fan theories, some of which could be confirmed in the finale. Then, you’ll want to peruse TheWrap’s own predictions for who’s going to make it out of Sunday night’s episode alive.

You’ll also want to remember all the dead people and all the violent ways they passed on in our gallery of death, as there are a ton of those to keep track of as well. You don’t want to be caught asking why a certain character didn’t appear just because you forgot they died a while back.

We’ve also assembled a list of random and fun “Game of Thrones” trivia you can impress everyone at your watch party with.

And, finally, we’ve weighed and reweighed over the last few months the pros and cons of all the major characters who have ever appeared on “Game of Thrones,” and you can see how we ranked all of them below.