We know: Everyone has “Game of Thrones” finale predictions. But we truly think we know how “Game of Thrones,” ends, and you won’t be able to make fun of us Monday unless you listen to our predictions on the latest “Low Key” podcast. It’s available on Apple or right here:

The “Game of Thrones” finale will have to do a lot to win back people who (unfairly, I think) criticized Daenerys Targaryen’s heel turn in the penultimate episode, “The Bells.”

On every episode of “Low Key,” co-hosts Aaron Lanton, Keith Dennie and I try to focus on low-key pop culture moments we think others may have missed. This week we look at clues we think set up the finale of “Game of Thrones.”

A few of our topics:

-Why Targaryen inbreeding — and the insanity it has apparent caused — may be more important to the show than the Jaime-Cersei situation (at the 2:50 mark)

-Whether Targaryen literally have dragon blood (3:40)

Also (a very specific guess follows!): I think Arya will go all Faceless Man to kill Dany in the finale. Who’s face will she take? I think Emilia Clarke may have dropped a massive hint on Instagram in the post where she set out to solve the coffee-cup mystery. Note that the pointy shoulder of the outfit she’s wearing seems to match the pointy shoulder of the outfit she’s seen wearing in the preview of the finale: 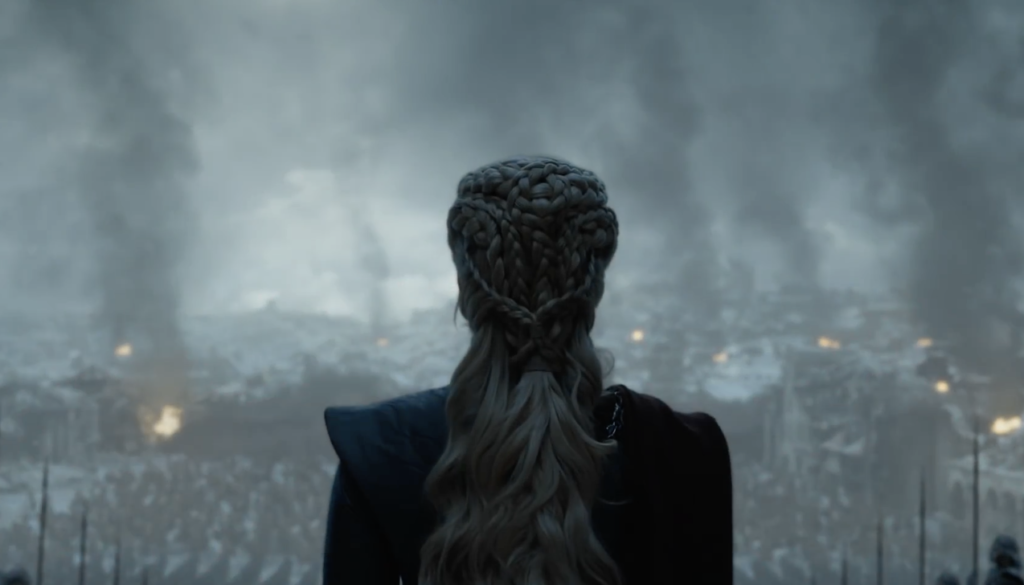 Yes, I concede that the colors don’t perfectly match. But filters.

The whole point of “Game of Thrones” is of course to keep us guessing. But Aaron, Keith and I both did our level best to anticipate what the show thinks we think will happen, and then to subvert those expectations, in a way we don’t except them to be subverted. We debate harder than we’ve ever debated before. And we ultimately come up with three ways we think this could go.