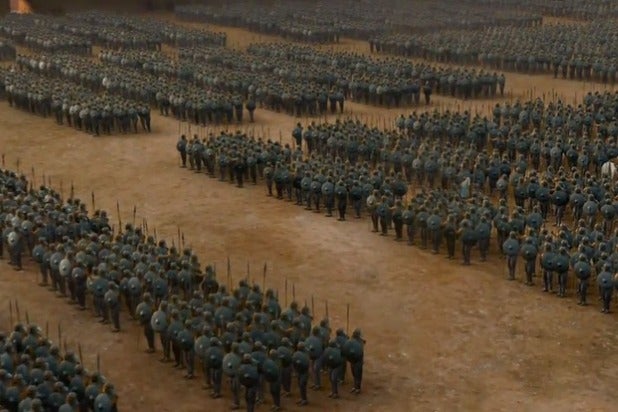 Daenerys Targaryen’s Unsullied army might soon meet its match in the Spaniards. During an open casting call for a “Game of Thrones” battle scene, 86,000 people showed up looking to be extras. The local production company, Fresco Film, even needed to up its server space to accommodate the high number of applications.

The HBO series, which predominantly shoots in Northern Ireland and Croatia, has chosen Spain as the setting for the series’ fictional region of Dorne.

According to an Entertainment Weekly report, the 15th century Alcázar palace in Seville will serve as the home of House Martell, still in mourning after the shocking and “mind-blowing” death of Prince Oberyn. Filming is also taking place in the town of Osuna, where local hotels say they have been completely booked through the end of October.

The tourism center also recently extended its hours to accommodate the thousands of fans in town to catch a glimpse of production.

“Game of Thrones” will return for its fourth season in 2015.