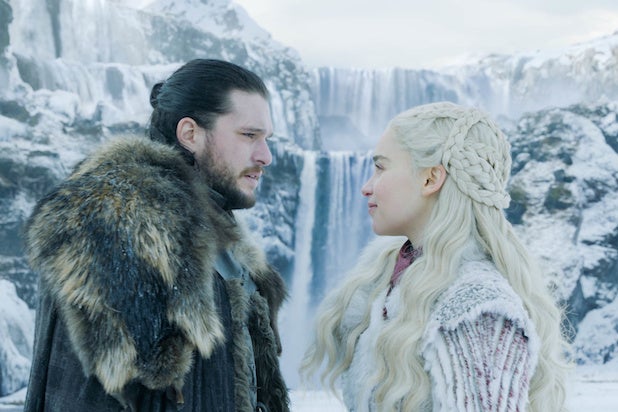 “Game of Thrones” secured its place on the Emmys’ Iron Throne Sunday by tying its own record for most Emmys won by a series in a single season.

The HBO fantasy epic has been the titleholder since it grabbed 12 golden ladies for Season 5 in 2015. Tonight, “GoT” tied that record when its eighth and final season hit 12 wins, 10 of which the show picked up at last week’s Creative Arts ceremony.

For the 71st Primetime Emmy Awards, the Dan Weiss and David Benioff-created series received 32 nominations, the highest number of nods for any show in a single year since “NYPD Blue” got 26 nominations in 1994.

Also Read: 'Game of Thrones' Beats Own All-Time Record for Most Emmy Noms by a Scripted Series