Thank the Old Gods and the New for this blessing: HBO has dropped two new photos from Sunday’s series finale of “Game of Thrones.”

And from this pair of images, we can tell that the devastating aftermath of Daenerys Targaryen’s (Emilia Clarke) fiery “Mad Queen” rampage through King’s Landing on the most recent episode, “The Bells,” has her in a position to finally take the Iron Throne. The act also appears to have brought a great deal of concern to her Hand, Tyrion Lannister (Peter Dinklage), who looks like he might be rethinking his support for the Mother of Dragons.

The penultimate episode of “Game of Thrones” saw Dany and her Dothraki and Unsullied forces team up with Jon Snow’s (Kit Harington) army of Northmen to absolutely wreck King’s Landing. Well, it was really Dany doing most of the wrecking, as she and Drogon fulfilled her father the Mad King’s last wish by burning up most of the capital of Westeros, even after the Lannister army laid down its arms and surrendered.

The series finale will no doubt deal with the fallout of Dany’s war crimes, which both Jon and Arya (Maisie Williams) experienced firsthand from inside the city, and Tyrion watched from afar in horror.

Given that Varys (Conleth Hill) was executed on Episode 805 for trying to arrange to have Dany removed from power over the fear that she would do exactly what she did this week, it’s not likely that Tyrion, Arya and Jon will let this situation lie.

See below for the photos from Episode 806, which has a title that has yet to be revealed, just like all the Season 8 episodes that came before it. Readers can watch the teaser for the episode here.

The series finale of “Game of Thrones” airs Sunday at 9/8c on HBO. 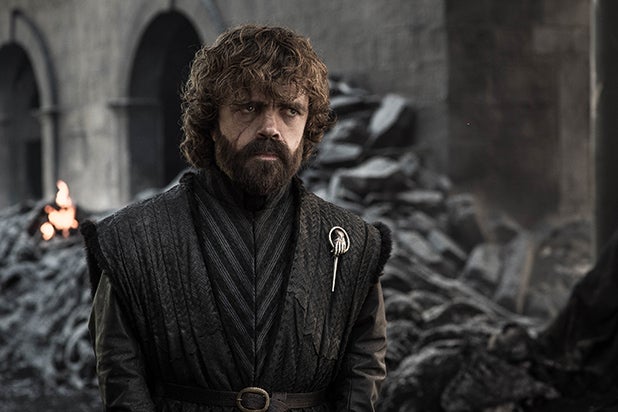 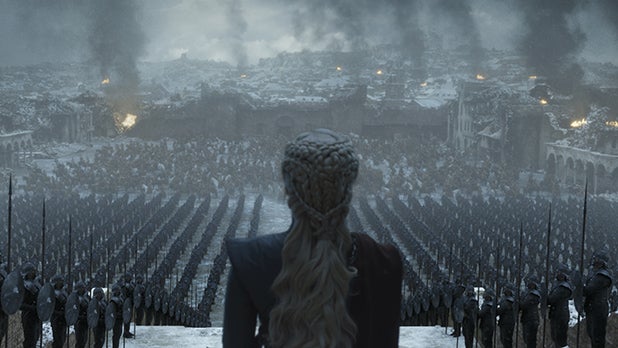