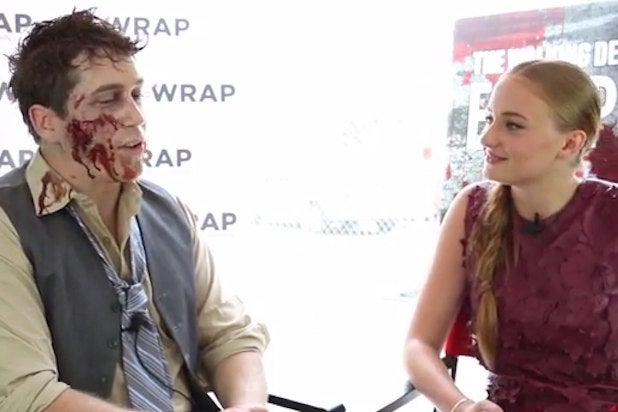 Sansa Stark won’t be “a vulnerable young girl” when “Game of Thrones” returns for its fifth season next year.

Sophie Turner, the actress who plays the character on the hit HBO fantasy series, stopped by TheWrap‘s Comic-Con video lounge inside the “Walking Dead Escape” at Petco Park and talked about what fans should expect from Sansa since she lied for Lord Baelish after he killed her aunt.

See video: ‘Game of Thrones’ Star Sophie Turner Faces Herself in Creepy ‘Another Me’ Trailer

“Now she’s kind of in the position where Baelish isn’t overly sure what Sansa is about. He doesn’t know why she stuck up for him, but he’s kind of realizing that she’s a great manipulator. She’s not this vulnerable young girl anymore,” Turner said during the interview (above).

“She’s also realized that she can manipulate him through other means. Now she realizes his weakness is her and her mother, she’s going to try to play out her sexuality as much as she can to manipulate him.”

Watch the interview (above) to hear Turner’s reaction to watching her tormentor, King Joffrey, die at his wedding and explain why Lena Headey deserves an Emmy for her portrayal of Cersei Lannister.

For more on “Game of Thrones,” Turner’s new movie “Another Me” and how she survived Comic-Con without getting mobbed by fans, watch the full interview below: