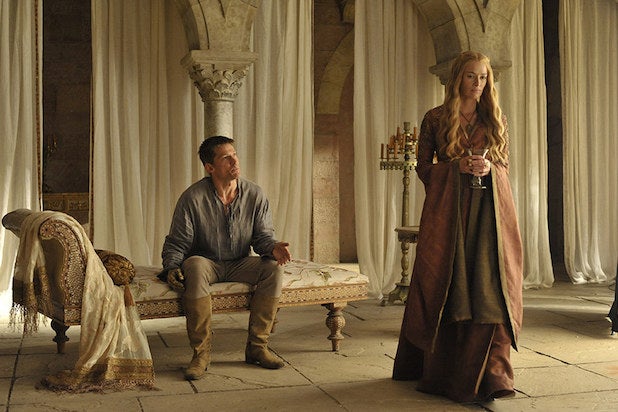 Warning: Spoilers ahead if you have not yet scene Season 4 of “Game of Thrones.”

Jamie Lannister wants “Game of Thrones” fans to know he didn’t rape his sister during Season 4 episode “Breaker of Chains,” and so does she.

Actors Nikolaj Coster-Waldau and Lena Headey have both addressed the controversial scene in which their characters — who also happen to be brother and sister — engage in rough sex after the death of their son, King Joffrey. And the awful king’s corpse is right in front of them.

“But it’s one of those things where you can’t [publicly] say ‘it wasn’t rape,’ because then everybody goes, ‘How can you say it wasn’t rape?!’ But that was definitely not the intention,” he continued.

“It’s that terrible thing as a woman — talking about something as horrendous as rape and dismissing it, which I’m not. But we never discussed it as that,” Headey told EW in a separate interview. “It was a woman in grief for her dead child, and the father of the child — who happens to be her brother — who never really acknowledged the children is standing with her. We’ve all experienced grief. There’s a moment of wanting to fill a void, and that is often very visceral, physical.”

George R.R. Martin, the author of the fantasy novels that inspired the popular HBO series, said he did not sign off on the scene which differs from what he wrote in the book the moment was derived from. But he didn’t disapprove, either.

Also read: George R.R. Martin Releases a Chapter From ‘Winds of Winter’ Ahead of ‘Game of Thrones’ Premiere

“Though the time and place is wildly inappropriate and Cersei is fearful of discovery, she is as hungry for him as he is for her,” Martin wrote in a blog post last year. “The whole dynamic is different in the show, where Jaime has been back for weeks at the least, maybe longer, and he and Cersei have been in each other’s company on numerous occasions, often quarreling. The setting is the same, but neither character is in the same place as in the books, which may be why [showrunners] Dan & David played the [scene] out differently. But that’s just my surmise; we never discussed this scene, to the best of my recollection.”

He concluded:  “The scene was always intended to be disturbing… but I do regret if it has disturbed people for the wrong reasons.”