After many years of waiting, a long hoped for “Game of Thrones” update has arrived for fans. No, it’s not “The Winds of Winter” — it’s the first official studio tour’s opening date.

Warner Bros. Themed Entertainment and Linen Mill Studios announced Wednesday that the “Game of Thrones Studio Tour” will open to the public on Feb. 4, 2022 in Banbridge, Northern Ireland, one of the original and most frequently used filming locales for the show.

Among the spots in the Seven Kingdoms available to “visit” on the tour are the Great Hall at Winterfell (where Jon Snow was dubbed the “King in the North”) and Daenerys Targaryen’s iconic Dragonstone throne from Dragonstone. Costumes, props and weaponry from the show are also on display. 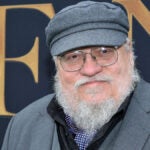 “We’re incredibly excited to be opening the doors to the first-ever ‘Game of Thrones Studio Tour’ at Linen Mill Studios,” senior vice president Peter van Roden of Warner Bros. themed entertainment said in a statement. “Knowing you are in the very same spot where some of the series’ most memorable moments were filmed is an incredible feeling and we know fans of the franchise will feel the same when they see the rich detail in the sets, costumes and props up close and personal.”

Niall Gibbons, chief executive of Tourism Ireland, said they are excited to invite fans onto the real sets, rather than just general outdoor locations where scenes were filmed.

“Over the past decade, Northern Ireland has welcomed fans from around the globe to the ‘real-world Westeros’ – home to the stunning landscapes, coastlines and mountains that have featured in some of the show’s most memorable scenes,” Gibbons said. “Within easy reach of Dublin and Belfast, the new ‘Game of Thrones Studio Tour’ will give fans a fantastic opportunity to go behind the scenes and be immersed in the sets, props and costumes used in the series. It will bring the Seven Kingdoms vividly to life, in the place where it all began.”

Fans can find tickets at gameofthronesstudiotour.com.