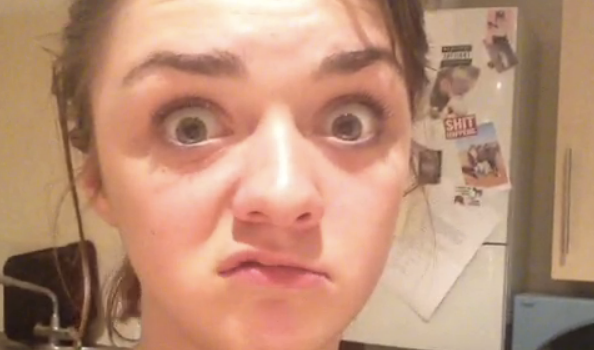 (Spoiler warning: Don't proceeed if you don't want to know what happened on Sunday's "Game of Thrones.)

You've seen the shocked reactions to Sunday's "Game of Thrones," but no one seems more stunned than Maisie Williams, who plays Arya Stark on the show.

In a video posted on Vine, the 16-year-old British actress momentarily adopted an American Southern accent to express the depths of her despair.

You can watch it here.

Arya's mother and brother perished in a wedding feast ambush, but Arya just barely survived when she was turned away at the gates.

That meant she could live to fight another day, and post funny videos.