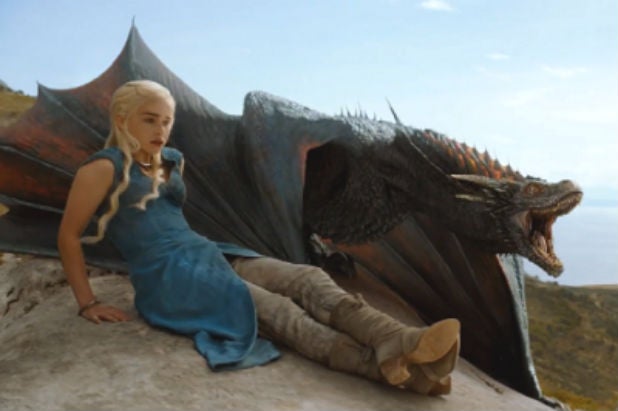 I’ve seen the first three episodes, but I wouldn’t dream of spoiling anything for you. I’ll just say I’ve never seen a season of the show start stronger.

“Game of Thrones” is one of those shows I don’t even feel qualified to critique — “Mad Men” is another — because everyone involved seems to be functioning at a higher level than I can understand. I don’t know if the show’s New Gods are at work, or the Old Gods. I’m just grateful.

This is a gorgeous spectacle. Aside from the “Star Wars” saga, I can’t think of any on-screen story that creates such a vast, believable world out of imagination. The acting is delightful, the visuals are sumptuous, the stories couldn’t be more surprising. If you want something to happen on the show, just convince yourself it could never happen.

The dragons, by the way, look better than ever. “Thrones,” like “Star Wars,” has discovered that the key to a great visual effects trick isn’t just visual — it’s sound. You feel them breathing, hear the leathery flapping, almost smell what must be rancid breath.

There is one complaint that still feels valid. I’ve complained in the past, along with many others, that the nudity often feels salacious and titillating, rather than crucial to the story. That wouldn’t be a problem except that the women bear the far bigger burden of unburdening themselves of their clothes.

The balance tilts a little bit this season, thanks to the addition of Prince Oberyn (Pedro Pascal), the most intriguing of the new characters. He’s bisexual in the way James Bond is heterosexual, and more male skin is exposed as a result. Here’s to progress.

As for the rest, who am I to judge? Just sit back and enjoy the Gods’ creation.

“Game of Thrones” returns Sunday at 9/8c on HBO.