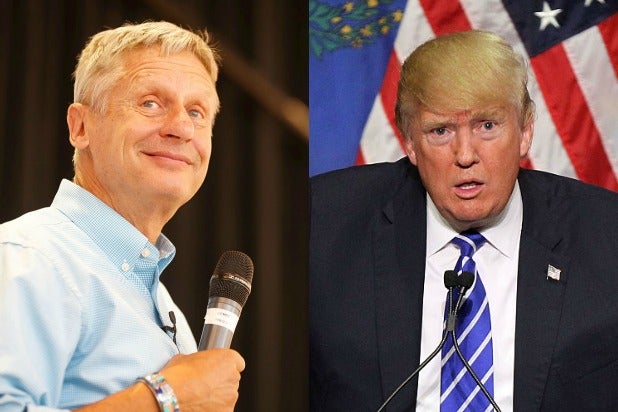 Yep, you read that right. The guy who can’t name a single world leader — dead or alive — has endorsements from six daily newspapers as of Friday. Ironically, that’s still six more than Trump, who has so far racked up zero endorsements. By the way, that’s a record for a major-party presidential candidate… though not the kind politicians usually aim for.

On Friday, Johnson scored the endorsement of the Chicago Tribune, whose editorial board called the former New Mexico governor “agile, practical and, unlike the major-party candidates, experienced at managing governments.”

Trump, was “not fit to be president,” a recurring theme from big papers these days.

Johnson so far clinched the support of The Detroit News, the New Hampshire Union Leader, the Richmond Times-Dispatch, the Winston-Salem Journal, and The Caledonian-Record from northern Vermont and New Hampshire.

Trump, on the other hand, has yet to land a single general election newspaper endorsement. On Thursday, USA Today broke from its 34-year tradition of not endorsing candidates just so they could not endorse Trump.

Meanwhile, Clinton has been endorsed by dozens of papers, including The New York Times, and even conservative papers like The Dallas Morning News, the Arizona Republic and the Cincinnati Enquirer that broke decades-long streaks of supporting Republicans.

But hey, Trump still has 39 days… oodles of time.