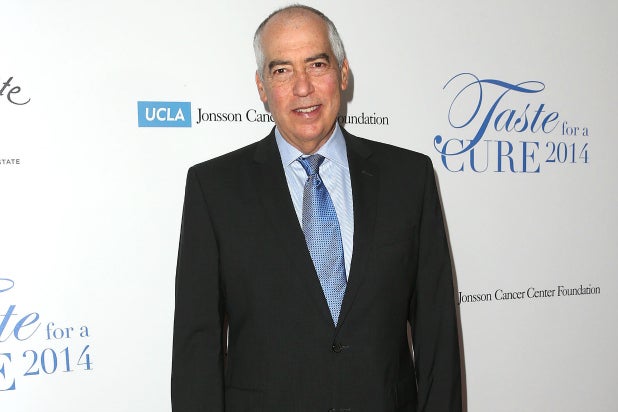 Gary Newman threw two jabs at CBS during Fox’s Monday afternoon upfront event — and then Homer Simpson followed up with a haymaker.

First, after a lively “Empire” cast musical performance, the 20th Century Fox TV co-Chairman and co-CEO quipped: “Let’s see the cast of ‘NCIS’ do that.”

“NCIS” is TV’s top procedural, while “Empire” is broadcast’s biggest drama in the key 18-49 demographic. To say there isn’t much crossover between the two series and their audiences would be the understatement of the upfront season.

Shortly thereafter, while glowing about “Gotham,” Newman teased the biggest DC Comics villain of them all, revealing a photo of a bald Les Moonves. The CBS head honcho looked an awful lot like Superman baddie Lex Luthor.

It wouldn’t be the last shot fired at the so-called Tiffany Network. Later, the recently live Simpson-family patriarch got in on the fun, calling CBS viewers “walking zombies” in a pre-taped skit.

The irony, of course, is that CBS generally kicks Fox’s ass in TV ratings. Still, for the sake of the joke(s), as they say.

In addition to the “Empire” gang, the cast of upcoming Lee Daniels soap, “Star,” also performed on the Beacon Theatre stage.

Music and outside-looking jokes aside, the theme of the day — which also included an NBC upfront — was network talent good-naturedly mocking their own channels. Homer offered a bunch of that as well, though NBC’s Jimmy Fallon and Seth Meyers beat him to the punch from Radio City Music Hall. Read about “The Tonight Show” host’s “Hamilton”-inspired performance here, and the “Late Night” face’s top jokes here.