Gavin Arvizo spent his early teens accusing Michael Jackson of molesting him — and trying to refute defense attorneys who said he, his brother and his mother were liars. But the experience may not have soured him on the legal system.

Arvizo, now in his late 20s, is thinking about going to law school, said Louise Palanker, who has known him since childhood. She says the HBO documentary “Leaving Neverland” won’t lure him out of the private life he has sought since the 2005 trial. He has eschewed countless requests for interviews, and the money that would no doubt come from speaking out.

“He doesn’t really want to talk about it right now,” Palanker said. “He just wants to become a man and have a family and a career and not have this be the standout portion of who he is.” 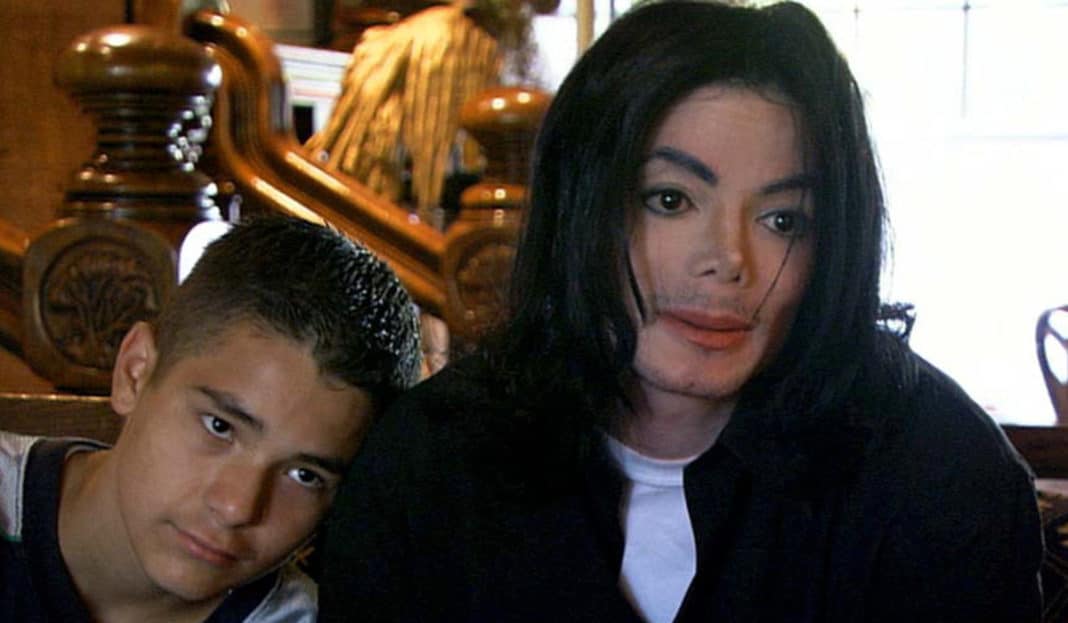 Arvizo has pondered a legal career at least since his wedding in 2013, when the Daily Beast said he was working as a paralegal and preparing to take the LSAT.

“He works in sales right now, he has been a teacher in a Catholic school for a while,” Palanker said. “But he’s very interested in business and also in law school. But they would like to start a family.”

The trial ended with Jackson’s acquittal on all counts. Jackson was charged with molesting Arvizo, plying him and his brother, Star, with wine, and conspiring to hold the family against their will.

The trial included testimony from dancer and choreographer Wade Robson that the singer didn’t abuse him as a child, which helped undercut Arvizo’s accusations. Robson is one of two men in “Leaving Neverland” who now accuse Jackson of years of sexual abuse. He contends in the documentary that Jackson told him to lie, so he did.

Arvizo, now in his late 20s, does not have a publicist and could not be reached for this article. TheWrap asked Palanker if she could relay a request to Arvizo, she declined, saying he does not wish to speak to the media.

The director of “Leaving Neverland,” Dan Reed, recently told British website iNews that he tried to contact Arvizo, but never heard back.

“He really just wants to live his life,” Palanker told TheWrap. “He doesn’t like it when Michael Jackson comes back into the news.”

She said she doesn’t know whether Arvizo has seen “Leaving Neverland,” but said Reed had tried to get  him a link to the movie, since Arvizo does not have HBO.

Palanker, herself a director, writer and producer, met Arvizo around 1999, when he was about nine years old, as part of a mentoring program for underprivileged children run by the Laugh Factory comedy club in Los Angeles.

The trial was a key part of her life, too: It’s where she met her husband, former Santa Barbara Senior Assistant District Attorney, Ron Zonen, who prosecuted the Jackson case. The two met after she’d been called as a witness for the prosecution.

“Gavin is a lifelong friend of mine,” she said. “I was at his wedding and he was at mine. I married the prosecutor from the trial so we feel like Gavin was a pathway to that. He’s an important person in my life.”

Arvizo and his family first met Jackson after Arvizo was diagnosed with cancer in 2000. Jackson, who had learned of Arvizo’s condition, sent him a basket full of toys and later invited him and his family to Neverland Ranch.

In the 2003 Granada Television documentary “Living With Michael Jackson,” Arvizo appeared on camera holding hands with Jackson. The singer said he slept with children, but not in a sexual way.

The program triggered intense speculation and concern because a decade before, Jackson had paid about $20 million to settle an abuse accusation from another boy, Jordie Chandler.

Prosecutors argued that Jackson molested Arvizo after the documentary aired, even as he tried to do damage control.

Authorities interviewed Arvizo, and by the end of 2003, Jackson was charged.

During the trial, Arvizo said the singer gave him alcohol and molested him at the ranch. His description has many similarities to the accounts that Robson and another man, James Safechuck, gave 15 years later in “Leaving Neverland.”

In Palanker’s testimony at the trial, she said that Arvizo’s mother, Janet, called her from Neverland at one point and said the family was being held against their will. She said Janet told her: “These people are evil. They’re keeping us.”

But Palanker also testified that she became suspicious when Arvizo’s father repeatedly asked her for money.

Palanker was one of several witnesses who helped the defense make its case that Arvizo’s family had a history of soliciting people for cash. Comedians Jay Leno, Chris Tucker, and George Lopez all testified that they had in fact given money to the Arvizos. (Lopez said he had come to believe that Gavin’s father was more interested in money than helping his son).

Palanker said she had no issues with Janet, who, through marriage, eventually came to have the same name as Michael Jackson’s sister: Janet Jackson.

That was one of many odd things about Janet Jackson, whose behavior on the stand was erratic and hurt the prosecution’s case. She interrupted, offered confusing answers, and scolded jurors.

“I disliked it intensely when she snapped her fingers at us,” said one juror, a woman. She remembered thinking: “Don’t snap your fingers at me, lady.”

Radio stations in Canada, New Zealand and Australia have  dropped Jackson’s songs from their playlists. And The Wall Street Journal reported that Sony Music Entertainment, which last year paid $250 million for the rights to distribute the musician’s recordings, could take a big hit on the investment.

Palanker said the documentary was “monumentally important” because it clearly laid out the “seduction of a child and a family.”

“It’s so important that people watch this film so that they understand how this happened,” she said.”And it happened on a grand scale.”