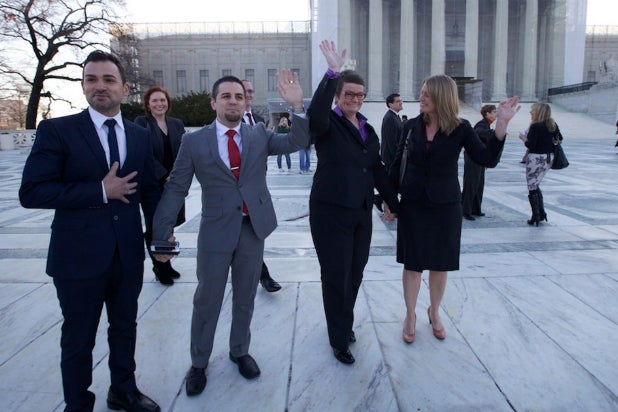 The Sundance and SXSW award winner is scheduled to run in theaters in Los Angeles and New York on June 6, followed by an expanded release June 13 ahead of its June 23 premiere on HBO.

“The Case Against 8,” directed by Ben Cotner and Ryan White, follows the Supreme Court case that overturned California’s Proposition 8, which had banned same-sex marriage in the state. The release is timed to coincide with the anniversary of the landmark June 26, 2013 ruling, that led in part to the expansion of gay marriage rights in states across the U.S.

“We feel it’s important to bring the story of the men and women behind this roller-coaster battle to screens across the country, and we’re extremely proud to bring attention to a fundamental civil rights issue that faces the country today,” HBO Documentary Films President Sheila Nevins said in a statement.

“The Case Against 8” won the 2014 Sundance Film Festival Directing Award in the U.S. Documentary category and a 2014 SXSW Audience Award in the Festival Favorites category.