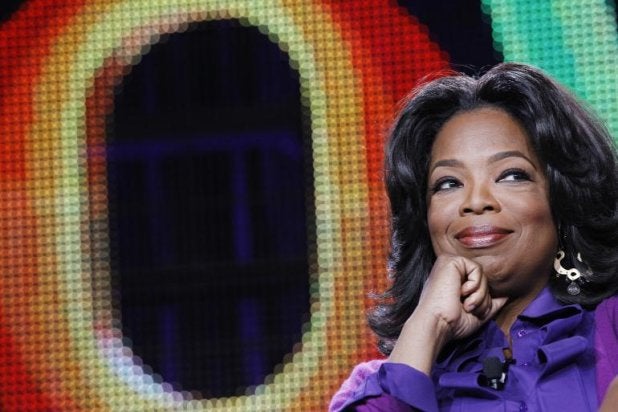 Oprah Winfrey set the internet ablaze this week when she mentioned a possible run for the 2020 White House. Her best friend Gayle King has come out saying, “I would bet my first, second born and any unborn children to come, that ain’t never happening.”

The “CBS This Morning” co-host said she was in the audience when Bloomberg Media’s David Rubenstein asked Winfrey about Trump’s election and Winfrey responded, “I thought, ‘I don’t have the experience. I don’t know enough.’ And now I am thinking, ‘Oh.'”

“It was clearly a joke when she was playing with David because they have such a great rapport. But I also heard on the Oprah Winfrey show over the years you always have the right to change your mind but I would bet my first, second born and any unborn children to come, that ain’t never happening,” King said on her CBS morning show on Thursday. “Never. I’ll say never on this one.”

“It was clearly a joke… that ain’t NEVER happening.” — @GayleKing on @Oprah’s comment about possibly running for president in 2020. pic.twitter.com/zwPNfIu0bi

Winfrey didn’t clarify how serious she is about the prospect of running for president.

Last June, the talk show host endorsed Hillary Clinton for president. Winfrey had said, “Regardless of your politics, it’s a seminal moment for women. What this says is, there is no ceiling, that ceiling just went boom! It says anything is possible when you can be leader of the free world.”

In the past, she has referred to Trump as a “demagogue” although she didn’t mention his name.

“You don’t have to like her,” Winfrey said about Clinton last October. “Do you like democracy or do you want a demagogue?