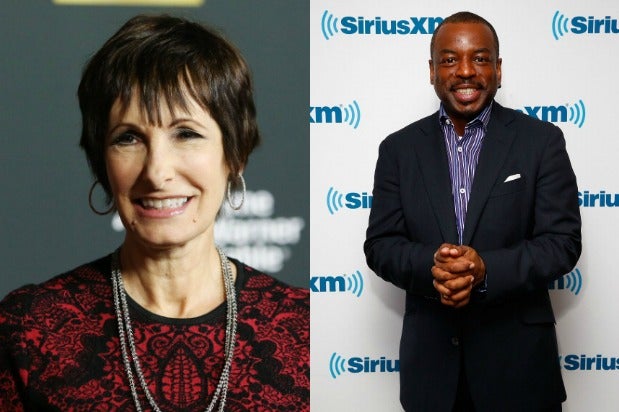 Additionally, LeVar Burton will be awarded the Geek-of-the-Year Award for his efforts in raising more than $5 million to help children learn by bringing back  “Reading Rainbow.”

The Geekie Awards, which debuted last year and have an array of corporate sponsors, aim to recognize the best of geek culture. They will be live-streamed via Twitch on the night of Sunday, Aug. 17 at 6 PT/9 ET.

“I have always considered myself a geek, so being the recipient of a Lifetime Achievement award named after the ‘King of the Geeks’, Stan Lee, is really a dream come true,” said Hurd, who co-wrote “The Terminator” and executive produces “The Walking Dead.”

“As a self-avowed Geek, I’m honored to be named Geek-of-the-Year by the Geekies!” said Burton. “At its essence, Geek culture promotes values that I readily identify with:  diversity, inclusion, creativity and innovation just to name a few. I look forward to being in attendance on the night. In a word, I’m geeked! “

The Geekie Awards is also pleased to announce the 2014 Geek Cred Award will be awarded to Oculus Rift, the immersive gaming headset.

“It’s very important to us that our industry award recipients be out there, trying to make an impact and change the world. Especially when those efforts inspire support for the arts and a new wave of creative thinkers. Gale has been one of my longtime idols for her work on so many incredible films, and for being an inspiration for female executives in the industry. LeVar blew us all away with his campaign earlier this year, and what he’s doing for kids across the globe is incredible. Oculus continues to push the boundaries of technology and create the future of entertainment, literally. We couldn’t think of more deserving recipients for this year’s show!” said Kristen Nedopak, showrunner for The Geekie Awards.

Gibson Brands, Inc., which is presenting the awards, will provide gifts such as custom-designed guitars for celebrities to sign for a public charity auction. Proceeds will benefit The Jim Henson Foundation.