"Bonnie and Clyde" (1967)  In one of his first big-screen roles, Gene Hackman earned an Oscar nomination for Best Supporting Actor as the older brother of Warren Beatty's bank robber Clyde Barrow.

"Downhill Racer" (1969)  Robert Redford stars as a narcissistic skier, while Hackman plays the Olympic coach trying to hold the team together.

"I Never Sang for My Father" (1970)  Hackman earned his second Oscar nomination playing a professor seeking to re-establish his connection to his difficult, now ailing father in an adaptation of Robert Anderson's hit Broadway play.

"The Poseidon Adventure" (1972)  Hackman was one of five Oscar winners cast in this disaster epic, playing a straight-talking minister and unlikely hero aboard a sinking cruise ship.

"Young Frankenstein" (1974)  Hackman had a brief but memorable cameo in Mel Brooks' horror spoof as a blind, lonely priest who tries to befriend Frankenstein's monster (Peter Boyle) but spills hot soup in his lap and lights his finger on fire.

"The Conversation" (1974)  Francis Ford Coppola's paranoid thriller features what is arguably Hackman's best performance as a surveillance expert who suspects he has overheard a murder plot -- and slowly unravels as his paranoia escalates.

"Night Moves" (1975)  In this post-Watergate noir, Hackman plays a Los Angeles private detective hired by an aging actress to track down her teenage daughter (Melanie Griffith) -- only the case proves far more complicated.

"Superman" (1978)  As supervillain Lex Luthor, he gives a delightfully bizarre performance in a series of wigs that are almost as outlandish as his schemes for world domination. 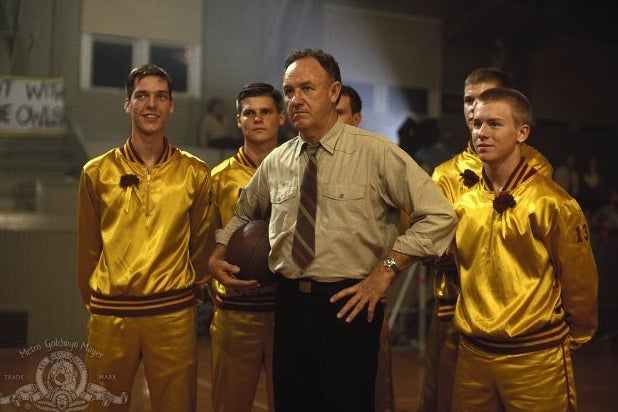 "Hoosiers" (1986)  Hackman is the heart and soul of this classic sports drama, playing a single-minded high school basketball coach with a troubled past that lands him in a podunk Indiana town -- and a drive to redeem himself and his players.

"Mississippi Burning" (1988)  Hackman earned another Oscar nod as an FBI agent sent to Mississippi to investigate the 1964 murder of three civil rights workers. His scenes with a young Frances McDormand (as the battered wife of a local deputy) absolutely crackle. 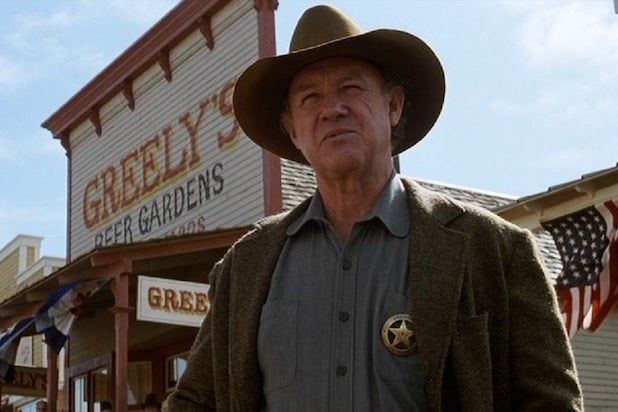 "Unforgiven" (1992)  Hackman earned his second Academy Award in Clint Eastwood's Western as a ruthless and corrupt sheriff full of contradictions.

"Get Shorty" (1995)  In Barry Sonnenfeld's Hollywood-set comic thriller, based on an Elmore Leonard novel, Hackman plays a B-movie producer who, at one point, tells Miami loan shark Chili Palmer (John Travolta) he wants to case Gene Hackman in an upcoming project.

"The Royal Tenenbaums" (2001)  Wes Anderson cast Hackman as the estranged patriarch of an eccentric family of early over-achievers who tries to reconcile with his wife and now-grown children by falsely claiming a terminal illness. A pure delight.
The essential source
for entertainment insiders