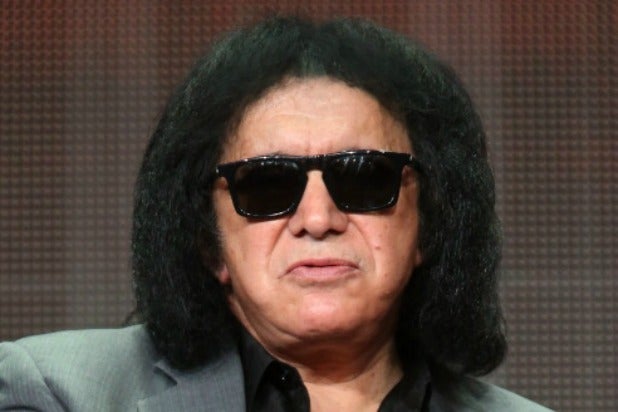 KISS frontman Gene Simmons ripped Prince over his recent death, calling it “pathetic” and accusing the legendary singer of killing himself.

“I think Prince was heads, hands and feet above all the rest of them. I thought he left [Michael] Jackson in the dust. Prince was way beyond that,” Simmons said in a recent interview with Newsweek. “But how pathetic that he killed himself. Don’t kid yourself, that’s what he did. Slowly, I’ll grant you… but that’s what drugs and alcohol is: a slow death.”

Though TMZ has reported that Prince overdosed on a prescription painkiller the week before his death, it was unclear why Simmons believes alcohol was a factor.

“His drugs killed him. What do you think, he died from a cold?” Simmons said, contrasting Prince’s death with David Bowie‘s earlier this year. According to Simmons, Bowie’s was “the most tragic of all because it was real sickness.”

The aging rock star claimed that he himself has never been drunk or high, and accused Prince of succumbing to the “cliche” that drugs and alcohol abuse comes with fame.

“I’ve never been high or drunk,” he said. “I don’t care if anybody believes it or not. It’s just a personal life choice. I can almost understand drinking or getting high if it made my schmeckel bigger, or made me smarter, but nothing happens.”

In the same interview, Simmons ripped pop stars for lip syncing during live performances, predicted the imminent death of rap, and hailed Donald Trump as the best presidential candidate.

“Hillary Clinton is a humanist, she cares about people, but don’t kid yourself — she’s a politician,” he said. “Politicians will lie to their mothers about anything. Trump, good, bad or otherwise, will tell anybody to fuck off because he uses his own money and doesn’t need your money to run.”

Read the full interview at Newsweek.