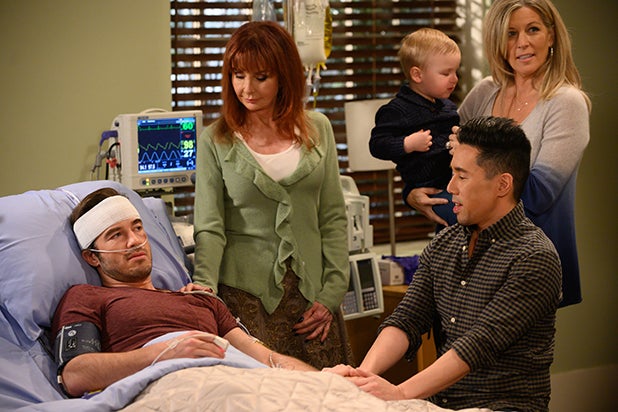 “General Hospital” will move to four episodes a week as a measure to stretch out the remaining episodes filmed before the coronavirus pandemic forced the shut down of all film and TV production, ABC announced on Tuesday.

Starting this Friday, April 6, the show will air repeat episodes every Friday through May 22. Dubbed “Flashback Fridays,” the episodes will feature an introduction from a “General Hospital” actor highlighting the episode.

This Friday’s episode will be a repeat of the 56th-anniversary episode which aired on Tuesday, April 3, 2019. Featuring an introduction by Laura Wright, the episode is described as “a loving tribute to the hospital’s past, present and future, providing a pivotal moment for some of Port Charles’ most memorable characters.”

Also Read: John Callahan, 'All My Children' Actor, Dies at 66

“General Hospital,” like every other television series currently in production, was forced to shut down earlier this month when preventative measures to stop the spread of the coronavirus essentially banned large gatherings of people. At the time, the ABC soap had enough episodes pre-taped to carry originals into May.