How have you seen Comic-Con grow over the years?
I’m somewhat of a newbie to Comic-Con — this will only be my fourth year. Strangely, I grew up with conventions but they were always “Star Trek” conventions but I was never hardcore into comic books and thought that’s all Comic-Con was about. When I moved to San Diego four years ago and realized it was much, much more. 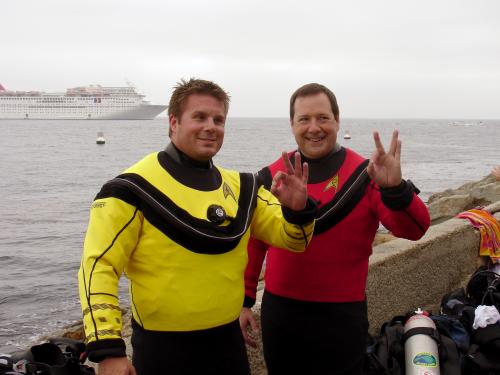 What are your plans at this year’s Con?
One of the main things is a Comic-Con Dive with the Roddenberry Dive Team. We’re going to get in the water around 8 a.m. on Wednesday. Our focus is to bring awareness to our environment, the ocean. And it’s not just for divers. It’s about anyone who is interested in our environment. (Pictured: Roddeberry, left, with dive team co-creator Greg Martin.)

We always want to have someone unique there that can bring awareness. At this event, we’ll have Tim Russ from “Star Trek Voyager,” and we’re going to have grad students from the Scripps Institute coming down to give us a little talk.

Do you see “Days Lost” as being the first step into expanding to other mediums, like films and videogames? 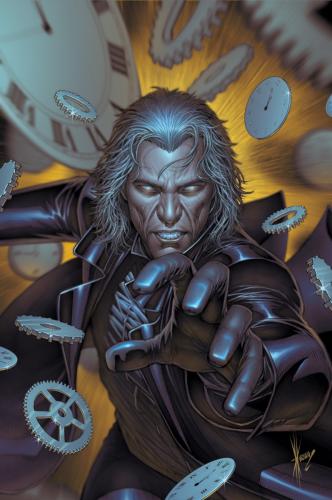 Absolutely. Right now, the way everything is going as far as the economy … and Hollywood rarely takes risks in general, as it is. So you kind of finance your own independent story. You get it out there, and once it’s somewhat proven in that domain, you’ve got a stronger pedestal to stand on.

“Star Trek” is heading to Blu-ray and DVD in November — what did you think about the reboot?
I have to admit I that I was skeptical. I had met with a few of J.J.’s producers two years before it was released, and I think they were just sort of checking me out to see what my potential involvement would be, and I really didn’t want to have any involvement. This was going to be J.J.’s thing, and I was fine with that.

But I was blown away. I was really, really proud of what J.J. did, and I know my father would have been. He kept me on the edge of my seat the entire time.

How did it match your father’s vision?

What impact do you think its successwill have on the franchise moving forward?
It will give “Star Trek” a rebirth, so to speak. I’m guessing there’s going to be a second movie. I’m not saying that because I’m in the know. I’m saying that because it would be foolish not to do one.