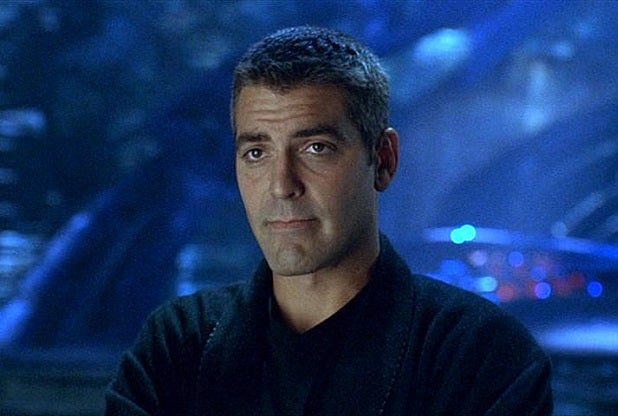 Over 20 years later, George Clooney is still apologizing for “Batman and Robin.”

In a recent interview with GQ, Clooney admitted he was “terrible” in the 1997 film, in which he starred as the Caped Crusader.

“When I say ‘Batman and Robin’ is a terrible film, I always go, ‘I was terrible in it,” Clooney said. “Because I was, number one. But also because then it allows you the ability to say, ‘Having said I sucked in it, I can also say that none of these other elements worked either.’ You know? Lines like ‘Freeze, Freeze!'”

“Batman and Robin” was notorious for several cringe-worthy moments, like Bat-nipples and Freeze puns.

The film’s director, Joel Schumacher, who passed away earlier this year, felt similarly bad about the abominable blockbuster, and even apologized to fans who felt slighted by it. In a 2017 interview with Vice, the director revisited the film again, saying, “After ‘Batman and Robin,’ I was scum. It was like I had murdered a baby.”

He continued, “Look, I apologize. I want to apologize to every fan that was disappointed because I think I owe them that.”

George Clooney will next be seen in Netflix’s sci-fi film “The Midnight Sky,” in which he finds himself stuck in the Arctic, racing against time to prevent a spaceship from returning to Earth after a mysterious global catastrophe has hit the planet.

“The Batman,” from director Matt Reeves, is currently in production in London and stars Robert Pattinson in the titular role. The film will be released on Mar. 4, 2022.