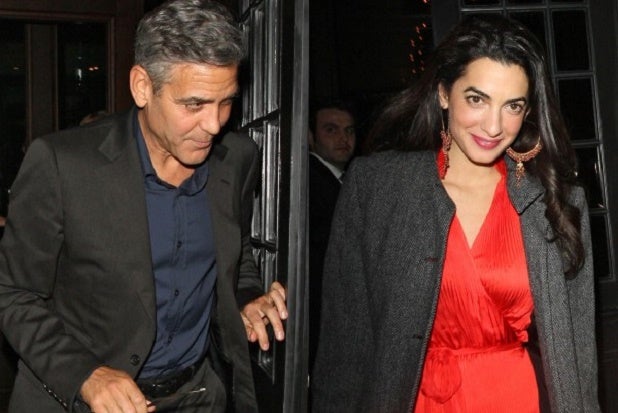 The Oscar-winner has been a tabloid staple for nearly two decades, as his various relationships have landed him endless unwanted cover stories. He’s largely ignored the shady coverage, but an item run by the British tabloid The Daily Mail earlier this week provoked him to fire back, in the form of an op-ed in USA Today.

The story (since pulled, but picked up in publications around the world) claimed that the mother of his fiance, Amal Alamuddin, is against their marriage because their Druze faith forbids marrying outsiders, and has been telling “half of Beirut” that she hopes the union falls apart. Not so at all, Clooney insists.

“First of all, none of the story is factually true. Amal’s mother is not Druze. She has not been to Beirut since Amal and I have been dating, and she is in no way against the marriage — but none of that is the issue,” the actor wrote. “I’m, of course, used to the Daily Mailmaking up stories — they do it several times a week — and I don’t care. If they fabricate stories of Amal being pregnant, or that the marriage will take place on the set of Downton Abbey, or that I’m running for office, or any number of idiotic stories that they sit at their computers and invent, I don’t care.”

Indeed, Clooney is generally too busy making films, combatting terror in the Sudan, and hanging out in Italy to bother with tabloids, which makes his response all the more searing.

“But this lie involves larger issues,” he continued. “The irresponsibility, in this day and age, to exploit religious differences where none exist, is at the very least negligent and more appropriately dangerous. We have family members all over the world, and the idea that someone would inflame any part of that world for the sole reason of selling papers should be criminal.”

Clooney added that he quite respects the First Amendment — he’s the “son of a newsman,” quite famously — but just had to respond to a story that could put his friends and family in danger.

Update: In a stunning turn of events, the Daily Mail actually apologized for the story, claiming that it was “not a fabrication but supplied in good faith by a reputable and trusted freelance journalist.”

They’re going to launch a “full investigation,” but also said that “we accept Mr. Clooney’s assurance that the story is inaccurate and we apologise to him, Miss Amal Alamuddin and her mother, Baria, for any distress caused.”