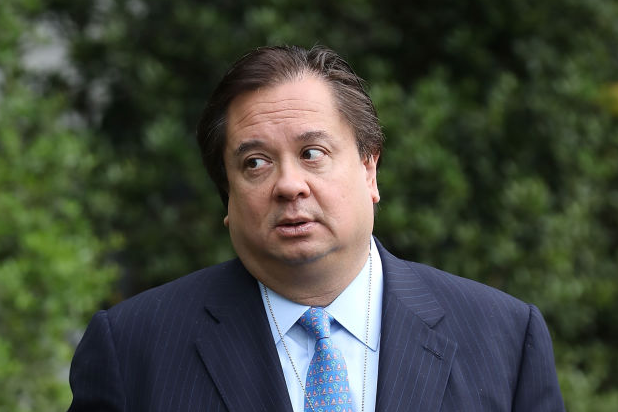 The war of words between President Trump and George Conway continued Wednesday night after Conway penned a scathing op-ed in the Washington Post and Trump’s re-election campaign followed-up a blog post trashing him.

Conway, a D.C. lawyer married to Trump counselor Kellyanne Conway and founding member of The Lincoln Project (a political action committee that has posted critical ads of Trump), lambasted the president for his apparent focus on himself and his media coverage.

Conway went on to write that much of Trump’s focus in the past few days was directed at him: “In a four-tweet screed, he attacked me and my colleagues at the Lincoln Project as ‘LOSERS,’ ‘loser types,’ ‘crazed’ and ‘a disgrace to Honest Abe,'” Conway wrote. “Ten hours later, on the tarmac at Joint Base Andrews, Trump was still enraged, ranting about us for nearly two minutes in front of the media.”

That’s true. Trump did rail against Conway and the other conservative figures who make up the Lincoln Project, as well as their new ad, “Mourning in America,” which attacks Trump on his poor coronavirus response.

Conway’s op-ed continued, culminating in this:

It may strike you as deranged that a sitting president facing a pandemic has busied himself attacking journalists, political opponents, television news hosts and late-night comedians — even deriding a former president who merely called for empathy and unity in response to the virus. It may strike you as nuts that Trump bragged about his supposed Facebook ranking in the middle of a virus task-force briefing, asserted that millions would have died were it not for him, boasted that “the ‘Ratings’ of my News Conferences etc.” were driving “the Lamestream Media . . . CRAZY,” and floated bogus miracle cures, including suggesting that scientists consider injecting humans with household disinfectants such as Clorox.

“Now, it’s more obvious than ever. Trump’s narcissism deadens any ability he might otherwise have had to carry out the duties of a president in the manner the Constitution requires. He’s so self-obsessed, he can only act for himself, not for the nation,” he added.

Trump’s re-election campaign team added fuel to the fire Wednesday with an email to supporters and a blog post calling the Lincoln Project members “scam artists.” It hit them all — Rick Wilson, John Weaver and Steve Schmidt — by name, but saved Conway for last.

“You’d think George Conway would get off the couch more often, given that he’s largely unemployed and his membership in Washington’s elite will expire the second President Trump leaves office,” the official campaign post read.