George R.R. Martin caught COVID during his trip last week to Comic-Con, the “Game of Thrones” author said Wednesday night in a YouTube video, and is quarantining in a Los Angeles hotel with mild sniffles.

“I’ve had worse colds, so I hope it will stay that way,” Martin said, with a barely detectable rasp in his voice. “After this quarantine period I will be able to get on with various things.”

Martin noted that he’d be missing a “House of Dragons” premiere event that night in North Hollywood, where HBO content chief Casey Bloys later told the crowd that Martin was absent because of a positive COVID test that morning.

“I wouldn’t worry too much about me, I seem to be fine,” said Martin, who seemed genuinely disappointed to be missing the various Los Angeles events he was in town for. “I will say, if you’re going to have to go and quarantine, a four-star hotel is a pretty good place to do it.” 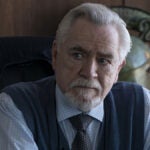 Martin, who said before the San Diego convention that he “managed to avoid getting COVID so far,” wrote extensively about his concerns about catching the virus there. “I do not want covid, not even a mild case, so please be advised, I will be doing all I can to prevent that,” he wrote on July 14.

Martin appeared on the panel for HBO’s “House of Dragons,” which hosted its Los Angeles premiere on Wednesday night. He said he avoided the convention floor, didn’t sign autographs and generally tried to avoid contracting the virus.

“I’m going to take my pills, rest a lot, drink a lot of fluids and get over this,” he said.