Will “House of the Dragon,” the first “Game of Thrones” spinoff, succeed in pulling in a ginormous audience? Author George R.R. Martin hopes so, as he’d like it to be the first step in creating a franchise as massive as the Marvel Cinematic Universe or “Star Wars.”

“House of the Dragon” is a “Game of Thrones” prequel series, telling stories of the House Targaryen roughly 200 years before we meet Danaerys (Emilia Clarke). It’s the first spinoff of the hit series, and so far, early critics are pretty split on it. But, for Martin and the folks at HBO, it’s the first of hopefully many. Apparently, the network developed five potential spinoff concepts from “Game of Thrones” and Martin’s books.

In a new interview with the Wall Street Journal, Martin admitted that he hopes most spinoff possibilities succeed — and turn the “Game of Thrones” universe into something as big as some of the other major franchises.

“How many shows will make it to air? I don’t know, but I hope the answer will be several,” Martin said. “And we’ll have something akin to the Marvel or ‘Star Wars’ model by the time it’s all settled.” 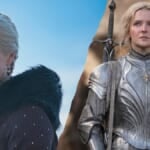 The author also admitted that the competitive nature of trying to get these spinoffs made and a universe built has been “odd” for him to be part of. The writers hired for these competing scripts all visited Martin at his to discuss their ideas and try to get his input and, ideally, his blessing.

“It was like we were in the NFL playoffs and I’m coaching all the teams,” he said. “Emotionally, that was a little odd.”

But, according to Martin, these spinoff series are why he hasn’t finished his highly anticipated book, “The Winds of Winter.” In a post to his blog earlier this year, the author admitted that while he made “a lot” of progress on the book in 2020, he made “less” in 2021. “But ‘less’ is not ‘none,’” he noted.

In addition to “House of the Dragon,” there’s also a spinoff series following Kit Harrington’s character Jon Snow in the works, as well as several others. You can check out a full list here. 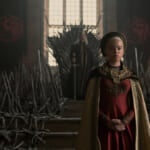 Also Read:
‘House of the Dragon’ Divides Critics: A ‘Worthy Heir’ to ‘Game of Thrones’ or an ‘Unpleasant’ Prequel That ‘Doesn’t Translate’
x