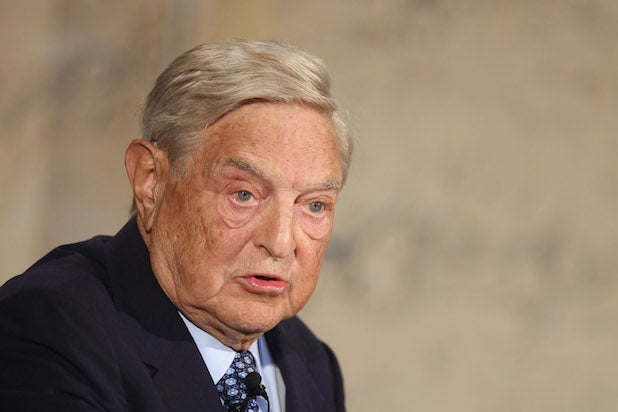 “Last night, yet again, Fox gave air time to McCarthyism. This has to stop,” he wrote.

On Wednesday night, diGenova did appear on Fox Business, where he said without evidence “there is no doubt that George Soros controls a very large part of the foreign service part of the State Department and the activities of FBI agents overseas.”

Also Read: MSNBC's Mika Brzezinski on Why Michael Bloomberg Should Buy Fox News: 'He Does Have the Money'

Gaspard called those comments “beyond rhetorical ugliness, beyond fiction, beyond ludicrous” and reiterated his comparison of the segment to McCarthyism.

He even quoted McCarthy-era attorney Joseph  Welch and asked, “At long last, have you left no sense of decency?”

“I request an on-air retraction and request that you bar Mr. diGenova as a guest on your network,” he wrote.

A representative for Fox News did not immediately respond to TheWrap’s request for comment.

The move from Gaspard has precedent. Earlier this year, former vice president Joe Biden’s presidential campaign requested networks stop booking presidential lawyer and former New York City mayor Rudy Giuliani in a similar letter. In his own letter, Gaspard even noted he has previously written to Fox News about what he called its “pattern of false information regarding George Soros.”

Last night, yet again, Fox gave air time to McCarthyism. This has to stop. My letter to @FoxNews:
cc ⁦@ErikWemple⁩ ⁦@brianstelter⁩ pic.twitter.com/qMdSfE94Xk