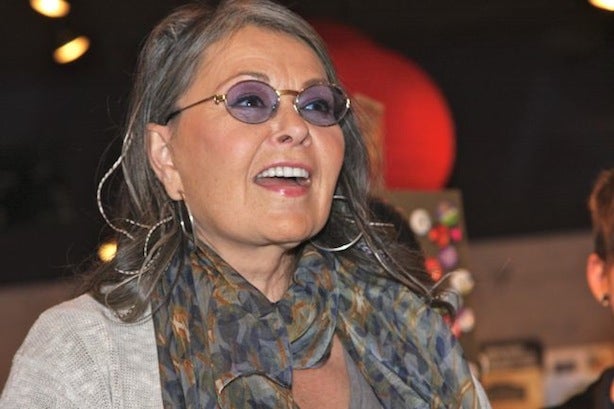 The parents of Trayvon Martin’s shooter, George Zimmerman, are suing Roseanne Barr for tweeting their home address in what they say was an attempt to send vigilantes after them.

Robert Zimmerman and Gladys Zimmerman’s lawsuit says the actress and comedian also said she herself might go to their home herself. They said she posted their private information in violation of Twitter’s privacy policies.

“Roseanne Barr knew at the time of her tweets and her threat to personally come to the Zimmerman’s home that it was an open and obvious call for vigilante justice… intended by Roseanne Barr to cause a lynch mob to descend on Robert Zimmerman and Gladys Zimmerman’s home,” according to the lawsuit, filed in Seminole County, Fla.

A spokesman for Barr did not immediately respond to a request for comment from TheWrap.

The Zimmermans say Barr tweeted their address on March 29, 2012, later adding, “At first I thought it was good to let ppl know that no one can hide anymore.” She added, “If Zimmerman isn’t arrested I’ll rt his address again – maybe go to his house myself.”

But she also wrote, “vigilante-ism is what killed Trayvon. I don’t support that,” according to The Smoking Gun website. She also admitted to “not fully understanding that it was private not public.”

Zimmerman’s parents said their son had not lived at the home for more than six years.

The couple said they had no problems related to his case in the month before Barr tweeted their address, but that news media began arriving at their home almost as soon as she did. They said they were forced to flee and have not returned to their home in the nearly two years since. They do not claim that any lynch mob ever materialized — only that they had to leave to avoid potential vigilantes.

But the timeline in their lawsuit conflicts with one Robert Zimmerman gave the Orlando Sentinel in an interview, the paper reported. He said on March 15, 2012 – two weeks before Barr tweeted the address – that he and his wife had already moved out of their home because of death threats, the Sentinel said.

Barr is the second celebrity to be accused of overzealous tweeting involving the Zimmerman case. Another Florida couple has sued Spike Lee for retweeting their address and mistakenly identifying it as Zimmerman’s. He later apologized.

George Zimmerman, who said he shot Martin in self-defense, was acquitted in July 2013.