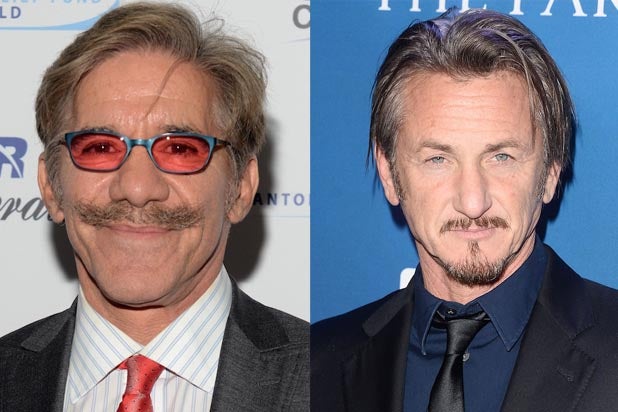 Sean Penn is getting blowback for his Rolling Stone interview with wanted Mexican drug lord Joaquín “El Chapo” Guzmán, but Geraldo Rivera is “mystified” by the overwhelmingly negative reaction.

“Folks getting mad at Penn cause he got chummy w El Chapo Why?” the Fox News personality tweeted Sunday. “Penn wasnt acting as a journalist he was one risking alot to get huge exclusive.”

“Mystifying how outraged so many are,” Rivera added. “Is it because he’s a lefty? It certainly c/n be because he intv’d world’s most wanted man.”

Also Read: 'Spotlight' Co-Writer Is Sad Sean Penn Has to 'Act Like a Journalist' With El Chapo

Rivera’s defense of the actor’s adventure to Mexico with actress Kate del Castillo came before “Spotlight” screenwriter Josh Singer told TheWrap at the Golden Globes on Sunday that he wishes “we didn’t need Sean Penn to interview people and act like a journalist.”

“I wish we had more real journalists on the ground doing that work. And sadly, the last 15 years has decimated the newspaper business and decimated reporters,” Singer said. “We’ve got Sean Penn interviewing people instead of professional journalists and I think that’s an issue. He doesn’t know what professional journalism is … One of the things we’re trying to get out of [‘Spotlight’] is how much more of that we need.”

“If one of these American actors who have benefited from the greatness of this country, who have made money from our free enterprise system, want to go fawn all over a criminal and a drug trafficker in their interviews, they have a Constitutional right to do it,” Rubio said. “I find it grotesque.”

“Every single sentence here is crazy in one way or another,” he tweeted.