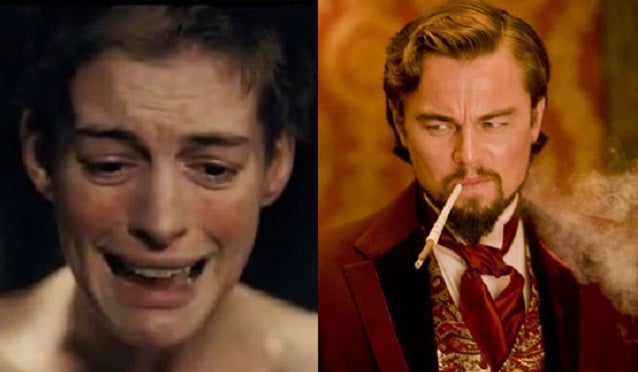 The British love "Les Miserables,” Japan's favorite film this year has been "Monsters University” and in Germany, Austria and Sweden, the leader is still … "Django Unchained”?

With Disney/Marvel's "Iron Man 3” blasting away overseas — more than $805 million of its $1.21 billion worldwide comes from abroad — it's easy to presume it No. 1 across the map. That's true in the majority of the biggest markets, including Russia, Brazil, France and Australia.

But a random (and unscientific) survey of the top films in various markets turns up a few anomalies that might surprise.

Piracy, varying screen-counts, release dates, local distributors — and cultural differences, of course — make pure apples-to-apples comparisons impossible. In the case of China, where the game is rigged to favor homegrown films, "Iron Man 3" is actually No. 2 with $121 million, behind local hit "Journey to the West: Conquering the Demons," which has brought in $198 million, according to Box Office Mojo.

But in the U.K., Universal and Illumination Entertainment's "Despicable Me 2” moved into the top spot this week with $68 million. The minions are No. 2 on the list of overall foreign earners — so their leading is no shock. It's movie it blew past that raises eyebrows: Universal's Hugh Jackman-Anne Hathaway musical "Les Miserables,” which has run up $64 million since opening in January. "Iron Man 3” is third with $57 million.

"Django Unchained,” which Sony is distributing overseas, opened in January and is still No. 1 in Germany with $51 million. It's way ahead the runner-up, "The Hangover Part III,” which has brought in $31 million since late May.

The cool response to Guillermo del Toro's "Pacific Rim” in Japan is surprising, given that country's historic attachment to giant robots and kaiju monsters. But filmmakers shouldn't be surprised: They set the big battles in Hong Kong, cast a Chinese female lead and made China's jaeger big and red — not the best way to steer clear of enduring cultural friction between the nations. They also made more than $100 million in China.

So the Japanese didn't go for "Pacific Rim." But how many people would guess the year's top film there would be Disney and Pixar's "Monsters University,” with nearly $68 million?

A Japanese movie, "The Wind Rises,” is second; and "Ted,” Universal's potty-mouthed teddy bear movie, is third with $44 million since opening there in March. "Iron Man 3” never took flight. It's tenth on the list with $25 million, behind Disney's "Wreck-It-Ralph,” which is No. 8 with nearly $30 million.

Fox's animated cave family tale "The Croods” is Spain's top-grosser this year $18 million since opening in March, but "Despicable Me 2” is hot on its heels at $15.5 million.

"Iron Man 3” is the top American film in Finland this year, but it's behind three domestic movies: "21 Ways to Ruin a Marriage,” "Rolli and the Golden Key” and "The Year of '85 – Rock Your Memories." At least Disney is distributing the retro music film there.

And Slovakians plainly love the Wolf Pack. "The Hangover Part III” is the year's leading movie there with $743,000.