His employer announced his death earlier this week, revealing he is believed to have drowned while swimming. At the time of his death, he was in Chiapas looking into the spread of a group called Cartel Jalisco New Generation and the group’s local affiliate, Los Machetes. Aranda’s investigative reporting for Breitbart, the outlet said, helped uncover the Machetes’ paramilitary tactics in their turf war against allies of the Sinaloa Cartel.

Authorities told Brietbart that eyewitnesses saw a strong current pull the reporter into the ocean. 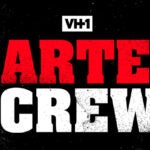 Aranda’s career was long and successful. Prior to obtaining his American citizenship in 2012, he was a reporter in Mexico who was often threatened for his work on the cartels. A central figure in the Los Zetas Cartel even threatened him for publishing his name in a piece. It was concern for his safety that led him to publish under an alias with Breitbart when he joined in 2016, though he eventually began using his own name.

He worked at TV Azteca, El Norte newspaper, the Reforma news group and a variety of Telemundo stations.

In a statement, Breitbart News CEO Larry Solov said, “Gerry was on a brave mission to bring light to what is happening at our border and in Mexico. His courage was inspiring, and he will be deeply missed by his Breitbart family. The efforts of Gerry and his teammates to bring a voice to victims and the voiceless will continue unabated, and the cartels he worked so hard to expose will continue to be targeted by Breitbart’s investigative efforts.”

Ildefonso Ortiz, who partnered with Aranda on the Cartel Chronicles project, added that working with him “was a unique experience” and he was “one of those rare individuals who was extremely driven and not only believed in the work that we were doing, but also enjoyed it.”