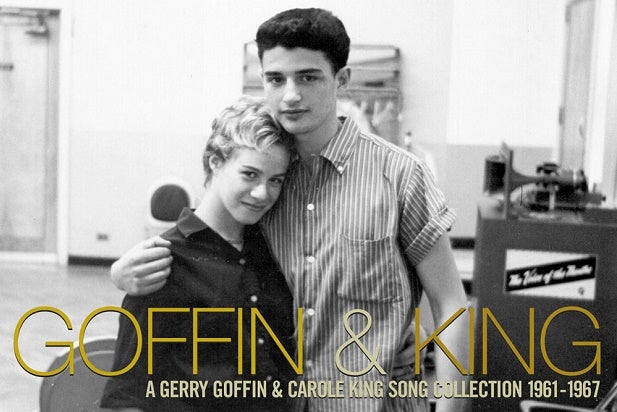 Gerry Goffin, who wrote the lyrics for “A Natural Woman,” “Up on the Roof” and many of the hit pop songs sung by his then-wife Carole King, died Thursday at his home in Los Angeles. He was 75.

King’s “Will You Love Me Tomorrow,” “Halfway to Paradise” and “The Loco-Motion” were among the 59 top 40 hits written by Goffin, who married the singer in 1959, when he was 20 and she was 17. Goffin’s current wife, Michelle, confirmed his death to the Associated Press.

Goffin also wrote hits for other musicians including the Everly Brothers (“”Crying in the Rain”), Bobby Vee (“Take Good Care of My Baby”), the Drifters (“Some Kind of Wonderful”), the Monkees (“Pleasant Valley Sunday”) and Whitney Houston (“Savin’ All My Love for You”). Steve Lawrence’s “Go Away Little Girl” was one of seven Billboard Hot 100 chart toppers penned by Goffin.

“Gerry was a good man with a dynamic force, whose words and creative influence will resonate for generations to come,” King said in a statement. “His legacy to me is our two daughters, four grandchildren, and our songs that have touched millions and millions of people, as well as a lifelong friendship.”

Goffin was born in Brooklyn in 1939 and was studying to become a chemist when he met King at Queens College. Their tumultuous relationship – King wrote in her memoir that Goffin was manic depressive – was the subject of the Tony Award-winning Broadway production “Beautiful: The Carole King Musical.”

They continued to work together after they divorced in 1968, and are the parents of of singer-songwriter Louise Goffin and Sherry Goffin Kondor.

Goffin also worked in Hollywood, and earned an Academy Award nomination with Michael Masser for the theme to the 1975 film “Mahogany” starring Diana Ross.

He is survived by his five children and his second wife.