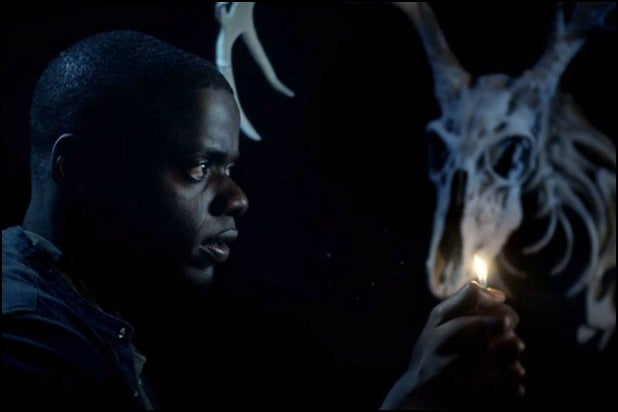 Universal and Blumhouse’s “Get Out” will cross yet another milestone, as it is on track to reach a $154 million global cume at the box office after making another estimated $10 million domestically in its fifth weekend in theaters.

Most of the film’s total comes from its $147.5 million domestic total, which earlier this week passed the $137 million domestic studio record set by Blumhouse’s other big 2017 hit, “Split.” Unlike that film, “Get Out” had a limited overseas release, only making $7 million from nine markets, including the U.K., compared to the $128 million “Split” enjoyed from a wide international release. Still, the film’s modest success outside the U.S. will be enough to push it past the milestone.

Also Read: Reflections on 'Get Out': The Shock of Racial Truth Served Up Till It Hurts

Two weeks ago, director Jordan Peele became the first black writer-director to gross more than $100 million with his debut film. After breaking the record, Peele expressed his confidence that he would become the “first of many” black filmmakers to enjoy such success with their debut films.

“Get Out” has become the breakout success of 2017, becoming a smash hit for Universal and Blumhouse with just a $4.5 million budget. The film also had a relatively unknown cast, with its lead actor, Daniel Kaluuya, being best known prior to this film for his lead performance in the 2011 “Black Mirror” episode “Fifteen Million Merits.”

But thanks to strong word-of-mouth and critical acclaim for its use of the horror genre to explore topically relevant themes about modern-day racism, “Get Out” has demonstrated a staying power at the box office far greater than many of its peers in the genre. It was expected by trackers to make $24 million in its opening weekend. Instead, “Get Out” ended up beating that projection in both its first and second weekends, posting a $34 million opening before dropping off to $28 million in week two. It was only this weekend that the film dropped out of the top five at the box office, finishing sixth behind “Logan” but still beating out the newly released comedy “CHIPS.”