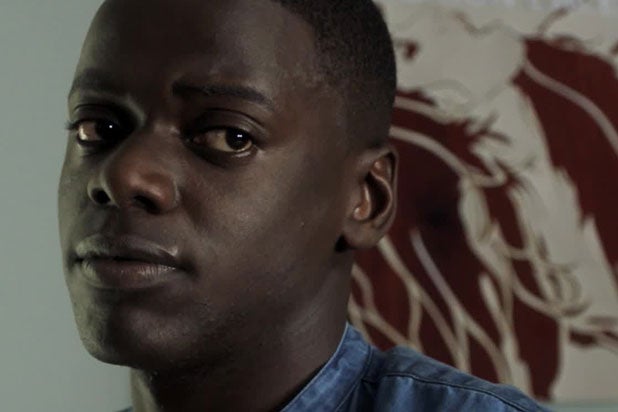 Universal Pictures, which conservatively projected Jordan Peele’s directorial debut to gross in the high teens this weekend, is now projecting a weekend total of $28 million, well above independent trackers’ pre-weekend projections of $24 million.

“Get Out” continues what has been a great year for Jason Blum’s Blumhouse Productions, which enjoyed another terrifying box office hit last month with M. Night Shyamalan’s “Split.” That film made $14 million on its opening Friday and went on to finish its opening weekend with $40 million and has just passed the $200 million mark worldwide.

It would be difficult for “Get Out” to reach that total, as it will be facing much stiffer competition starting next week with the release of Fox’s Marvel entry “Logan,” but it is still a strong performance for a horror movie with no widely known stars being released on Oscar weekend.

The film is about interracial couple Rose (Allison Williams) and Chris (Daniel Kaluuya), who reach a meet-the-parents stage in their relationship, leaving their metropolis for a country gathering hosted by mom (Catherine Keener) and dad (Bradley Whitford).

Also Read: 'Get Out' Peels Off $1.8 Million at Thursday Box Office

“Get Out” is now expected to easily win the weekend over “The Lego Batman Movie,” which came in second on Friday $4.2 million on Friday from 4,057 screens and is now projected to make $18 million in its third weekend.

“Get Out” has received heavy viral buzz since its first trailer hit YouTube. Interest in the film particularly peaked after it pulled off the rare feat of scoring a 100 percent “Fresh” rating on Rotten Tomatoes, which it still holds with 132 positive reviews. Audiences have not been disappointed either, giving it an A- rating on CinemaScore. All those signs point to “Get Out” continuing to hold on to the top spot on Saturday.

Holdovers filled out the rest of the top five. “John Wick: Chapter 2” is expected to finish third on the weekend with $9 million after a $2.4 million Friday. The Keanu Reeves sequel’s worldwide gross is expected to pass $100 million this weekend, having already blown by its predecessor’s worldwide total of $88 million.

“Fifty Shades Darker” is also expected to cross some milestones this week, as it is projected to pass $100 million domestically and has already passed $300 million worldwide. “Darker” made $2.6 million this weekend and is expected to make $7-8 million this weekend. “The Great Wall” will give Universal three of the top five at the the Oscar weekend box office, as it made $2.3 million and is estimated to take $8 million in its second week.

The other new releases this week, Open Road’s “Collide” and Lionsgate’s “Rock Dog,” finished outside the top 10. “Collide,” which stars Nicholas Hoult as an American backpacker who gets in trouble with German drug lords, is now expected to make just $1.5 million from 2,045 screens against a $29.5 million budget after it only grossed $538,000 on Friday. The film scored 24 percent on Rotten Tomatoes and received a C+ from CinemaScore.

“Rock Dog,” a $60 million Chinese-American animated film that bombed overseas, won’t fare much better in the U.S. as it made $888,000 from 2,077 screens en route to an estimated $3.5 million weekend. The film, which stars Luke Wilson as a Tibetan Mastiff who yearns for stardom as a rock musician in the big city, scored 46 percent on the Tomatometer and a B+ on CinemaScore.