Maybe I woke up channeling Steven Colbert. You be the judge. But really, what are we to make of movies such as Jane Campion’s “Bright Star,” which retells the relationship between Romantic poet John Keats and Fanny Brawne at the beginning of the 19th century, or “Coco Before Chanel,” which stars Audrey Tautou as fashion designer Gabrielle Chanel — or Coco, as she was called? 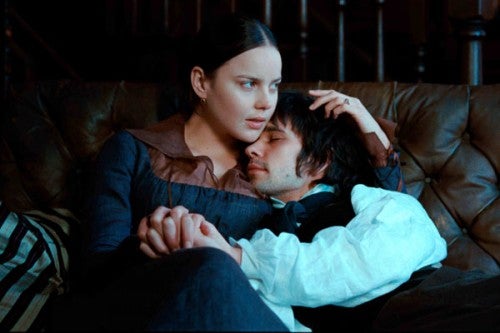 Movies anchored around the powerful theme of artistic inspiration? A story about a wimpy emo dude who penned “Ode to a Nightingale”? A clothes maker that worked with hems and pleats?

Excuse me, but did either of these people make a million dollars? Fight at the Alamo? Save Planet Earth from asteroids? I don’t think so.

So what are they doing on the movie screen? Are these movies going to reach audiences with pudgy fingers wedged into tubs of popcorn? Isn’t there some stage in some  backstreet of New York City where they can take care of these all encompassing human themes? (“Oh prithee, what rhymeth with Nightingale?” “Ooh la la, you have lowered the hem, mademoiselle! What effrontery!)

Lord knows, we see movies with artistic themes or impulses every year, usually around the pretentious end of the year. But on some level, we all know the truth. This is a culture that values success, freedom, hard work and money. 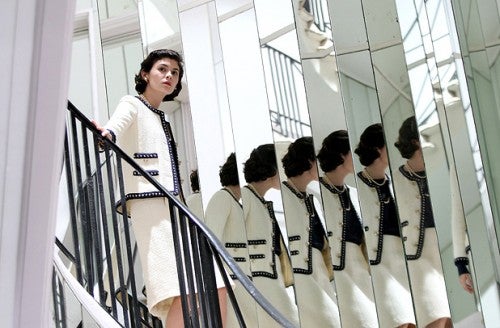 Ever since the Mayflower dropped anchor, the great lens of America has been calibrated to focus exclusively on the big, the obvious and the practical. Freedom from religious persecution. Manifest destiny. The right to bear arms. The American Dream. The great consumer drive forward of the 1950s. And so on.

There is no folkloric glow, no rallying slogan, around art.

And given that our movies reflect our culture, we must declare the official language of the movies is melodrama. No subtleties, no midterms. Just the good, red stuff in the middle.

I’m talking about passion, bar fights, car crashes, murder and people screaming at each other. I’m talking about exclamation point storytelling. That’s what keeps people coming. And it’s been that way ever since the early Twentieth Century when the likes of D.W. Griffith and Cecil B. DeMille made those over the top spectacles.

There’s no room for the esoteric. Artists (and, by extension, their namby pamby pursuits) simply don’t belong in movies, any more than sophisticates belong in politics. Well, technically, there’s room for les artistes. But only in the temporary guesthouse on the far end of the property known as the art house.

At the Oscars we pretend to pay tribute to the creative process and then we go to the real stuff: a Jim Carrey comedy. A genre experience. That’s the movie language of America. Like it or not — movies and art are violently opposed. Look at the box office winners of all time: Big ship sinks in the Atlantic. Darth Vader duels with Luke Skywalker. Indiana chases the Ark. British schoolboy does freaky stuff on a flying broom.

The irony is, even movies that profess to be about art don’t really delve into it that much. In “Bright Star” and “Coco Before Chanel,” we are invited to observe two creative geniuses with reverence. But does either movie ever take us into the pocket of the Muse? Does either really show us the Process?

Not really. We see Keats occasionally at work. He declares that falling in love has made him write better poetry. Well, that’s great. But how does he write it? Things are even more superficial in “Coco.” We see what an independent spirit she was, and how she changed the industry with her courage and derring-do. (I speak of derring do in garment design.)

But where’s the revelation about how she works? What makes her such a great figure, worthy of our viewing time?

Still waiting for that movie to come out.