It’s foolish to use words like frontrunner in the unpredictable Oscar documentary categories, but the “The Cove” came out of the recent spate of guild nominations looking good. With nods from the Producers Guild, Directors Guild, Writers Guild and Editors Guild, director Louie Psihoyos’ film – which is part horrifying chronicle of the annual slaughter of dolphins in the Japanese fishing village of Taiji, part thriller about how Psihoyos’ crew got their footage – remains one of the most honored documentaries of 2009.

“The Cove,” which was recently released on DVD, has also had an effect on Taiji’s annual dolphin hunt, which was the subject of far more press scrutiny this year than it had ever been previously. After a controversial and widely-publicized showing at the Tokyo International Film Festival focused attention on the film inside Japan, Psihoyos told theWrap that he hopes to keep the pressure on, particularly when it comes to the toxic levels of mercury in dolphin meat. 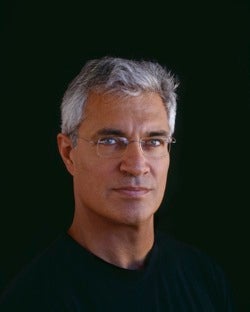 How much change have you seen in Japan since the film came out?
So far, the dolphin hunters in Taiji have not been slaughtering show dolphins, the bottlenosed and common dolphins. I’ve seen videos of them releasing pods of them back into the sea after they do the selection process. And that’s new. But they’re still killing Risso’s Dolphins, and they’re still killing pilot whales, which are large dolphins, and very toxic.

The Japanese press is finally writing about the film.
That’s the big news, the Japanese media breakthrough. I’ve been going there since 2005, and I’ve never seen one video camera. But this year, when I went to the Tokyo Film Festival, there were news crews waiting for me even before I went through immigration.

Were you worried about the reception you’d receive there?
Well, I was prepared to be arrested when I got off the plane. There are arrest warrants out for me: conspiracy to disrupt commerce, trespassing, and photographing undercover police without their permission. So I travelled with my attorney, and we had three Japanese attorneys lined up. I was prepared to spend the next few months in jail, but they probably didn’t want to bring more attention to it.

And it was a great screening. In that audience were all the bad guys: “Private Space,” the mayor of Taiji, Komatsu, the guy who wrote Japan’s defense of whaling. We had night vision in the theater, and you could see him rubbing his temples, his head was down. It’s one thing to defend whaling on paper – you can do that pretty well, especially from the Japanese perspective. But when you see it on film, it looks indefensible.

Night vision at the screening? So you’re still using those guerilla techniques you used to shoot the movie?
Yeah, I think we’ve kind of found our calling here. We’re really good at the covert stuff. We have pictures of Japanese people crying in the audience.

That idea that you can defend things on paper, but if you see them they become indefensible – it strikes me that that was probably the starting point for the whole movie, for going into the cove and trying to get footage of the dolphin slaughter.
Yeah. And the second we had the first footage back from the cove, it put a shock through the whole crew. Until then, nobody knew how they were killing these animals.

And once we saw what we had, we realized it was dangerous to hold onto that footage. So we flew in a dedicated runner, whose only job was to take the footage back to the states. We’d take the hard drives out of the cameras and replace them, back up our computers, take out the air conditioning vents in our hotel rooms to hide the drives… And then we’d have her take the last train out, and then last flight to America. Because it was scary, holding onto that footage.

How did it change from a movie about what was going on in the cove to also become a movie about how you made that movie about what’s going on?
Well, originally we were going to do a movie about the cove. That area of Japan has some of the most beautiful Buddhist temples in the world, places that are all about peace and solitude. And then right down the road is Taiji, where you have them slaughtering these animals in the most barbaric way possible. That was the story, to me.

But my friend Charles Hambleton had the idea to do a military grade thermal video camera that we hotwired to shoot video. He said, “As long as we’re doing it and have this really cool team of people together, let’s do a ‘making of’ video.” We got very aggressive about shooting the B roll for that, and when we got back to the studio in Colorado our editor and writer were like, “This has got to be part of the film. You’ve got to put these two together, because then you have this sort of “Oceans Eleven” film, this hybrid.

Did you embrace the idea?
I really resisted it at first. I could kind of see how it would work, but putting it together really didn’t feel right to me. In my head it was like, I’m not Michael Moore, I don’t want to put myself front and center … But I realized it could be really cool, and it’s a way in. Most documentaries to me feel like “take your medicine, eat your vegetables, this’ll be good for you.” But on this film, from the instant you see the first frames where I say, “I just want to say we tried to do this story legally,” you know you’re gonna see a crime. And audiences are in. 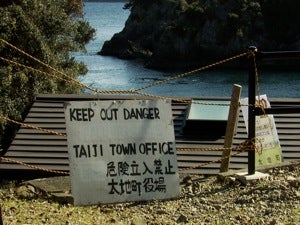 And now you want that audience to take an active role.
Absolutely. I told the crew when we were doing this, “We’re not making a movie, we’re trying to start a movement.” The movement isn’t just to save dolphins, which is a noble cause in itself. But at the end of the day, we’re trying to use this platform to alert people to what we’re doing to the oceans.

How important is the Oscars to your film?
It’s frightful how important it is. It’s the second biggest TV audience in the world, I think. And that’ll also validate it in the eyes of the Japanese people. They’ll say, “Oh my god, there’s that movie again.”

You know, they say when you’re done with a film you’re only about halfway there. I feel like we’re about a quarter of the way there. And getting nominated would be huge. Last year, about 300,000 people saw the film. By the end of this year, with DVD and television, over 300 million people will see the film. And the Oscars can only help that.

So do you feel competitive with the other films?
Part of me wonders, did Van Gogh and Gaugin really hate each other? They were probably trying to get into the best salons, which was the equivalent of the Academy Awards, right? But I really try to keep in my head that all documentary filmmakers are really collaborators, not competitors. I feel like there’s this higher goal which should bond all of us.

Documentary filmmakers, I feel like we’re all trying to change the world. Just different parts.