If you’re already deep into the new PS4 game “Ghost of Tsushima” and you haven’t toggled on Kurosawa Mode, the optional black and white filter that makes everything resemble the samurai films of Japanese auteur Akira Kurosawa, do so immediately.

But any new players should know that Kurosawa Mode is available in “Ghost of Tsushima” right out of the box. And if you’re a crazy enough film buff to want to really be immersed in that samurai world, Sucker Punch art director Jason Connell says you can and should consider playing the entire game that way.

“We wanted it to be something that you can first of all turn on as soon as you start the game,” Connell, the game’s co-creative director and art director, told TheWrap. “You can pick it from the very beginning because there are some great cutscenes that set up the story, and we wanted for someone who really wanted to try that mode not have to wait to go into the gameplay to go into the options menu to turn on.” 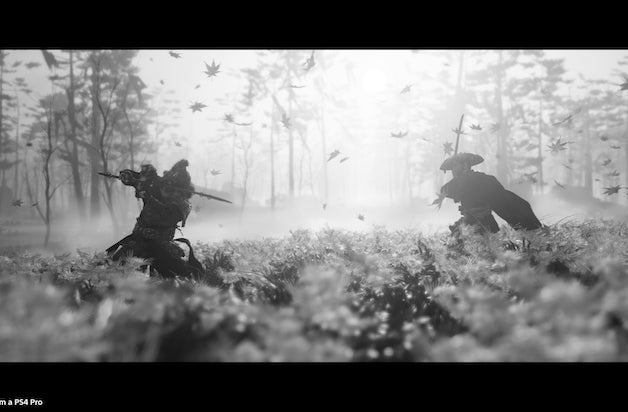 “Ghost of Tsushima” is an open-world video game that casts you as Jin Sakai, a wandering samurai on a Japanese island working to recruit other surviving samurai and rescue your master following a Mongol invasion.

But of course, while many video games feature black and white filters, they’re generally simple modifications that can only be unlocked after you’ve beaten a game. Even Rockstar’s “L.A. Noire” from 2011, which had a black and white noir mode specifically designed apart from the main game in color, was only accessible after you began playing.

Kurosawa Mode in “Ghost of Tsushima” however is available before the first intro cinematic, and you can spot the difference immediately. The game takes on a grainy, film stock look and the black and white levels have been adjusted to look the way in which Kurosawa would’ve lit a moment. 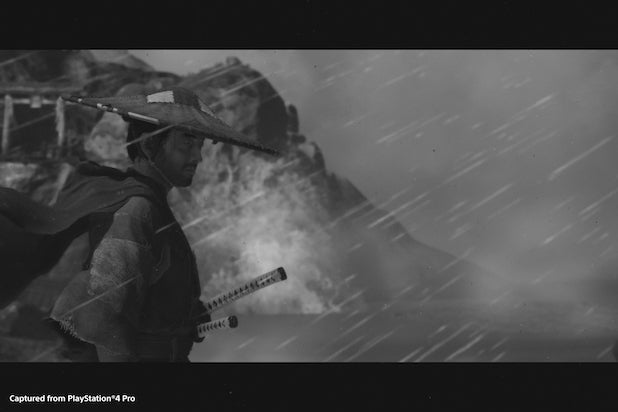 “When the game started to mature up, you could see all the greatness in it and see where it’s really shining, especially the beauty of it, the art, the trees, the foliage, at that point we were like, okay now we need to develop a black and white mode because it’s going to look so good on these forests and trees and cool outfits and hats and helmets,” Connell said. “That’s when I first started prototyping it and realized, wow, we should definitely make this something you can play for a long period of time, if not the entire game.”

Granted, Kurosawa made some gorgeous looking films in color too, and “Ghost of Tsushima” has its own photo mode to capture the vibrant colors, floating flower petals and numerous terrains that make playing the game eye-opening.

“If I’m feeling like I want to take a vintage old, awesome photo mode photograph, I usually turn on the Kurosawa Mode. It has rich blacks and whites and looks awesome,” he said. “But I also love the color aspect of the game. I think it’s one of the selling points of the game when I look outside in.”

Also Read: 10 Westerns Inspired by Samurai Movies, from 'The Magnificent Seven' to 'A Fistful of Dollars' (Photos) 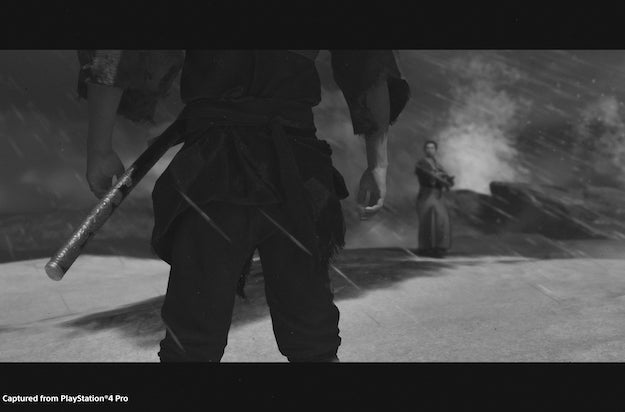 Connell says the game’s story most resembles Kurosawa’s “Seven Samurai” (1954) in how you recruit other warriors to help take back the island. And “Yojimbo” (1961) served as a touchstone in the design of the many characters, the small towns you explore and even your character’s customizable outfits and armor. As for the in-game combat, which is far more visceral and bloody than Kurosawa’s films often got, Connell says it pays respect to a more modern samurai film that owes a debt to Kurosawa, Takashi Miike’s 2010 film “13 Assassins.”

“I had to look at a bunch of Kurosawa films that have daytime, nighttime, rain and try to measure those black levels and match it as close as we could where you can’t always tell where someone’s going to be and what it’s going to look like,” he said. “It’s hard. It’s really tough because this mode is frankly, it’s meant for film connoisseurs or people who are incredibly cinematically driven or expert players who are a fan of the style or art of these type of movies.”

Connell got the approval of Kurosawa’s estate after sending them a 45-second sizzle reel of “Ghost of Tsushima,” selecting specific moments that emulated Kurosawa’s work and matching the black and white levels so that it most closely resembled the real movies. His estate then not only approved the name but allowed for it to be used in the game’s marketing. 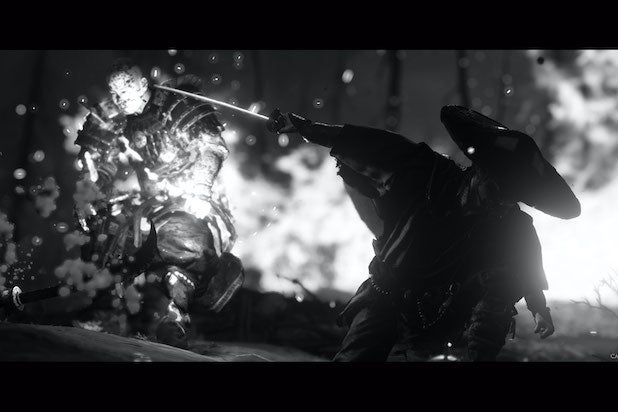 “I think I always shortcut it in my head to call it K-Mode or Kurosawa Mode. I always saw it as that. But I knew we weren’t going to be able to name it that,” Connell said. “What are we actually going to call this? You have to get the writing team to come up with a word. Anyways, I was like, ‘Can we actually call it Kurosawa Mode? What would that process be like? I know we can’t, but could we?'”

Connell admits however that playing “Ghost of Tsushima” in black and white (with Japanese dialogue and English subtitles if you’re really up for a challenge) can get tough at certain points, and Sucker Punch designed the game with an easy toggle option should you need to switch back to color. “Ghost of Tsushima” often uses its color to drive the action and exploration, so the designers took pains to make sure you could still distinguish certain icons, collectibles and resources.

“It’s for such a unique group of people, and there are some elements of the game where it gets really challenging. But instead of forcing it off or pausing the game and saying this mode doesn’t work during this time, we just leave it and let people know they can turn it off if they need to,” he said. “We hope the benefit of it is that you feel so immersed in this old black and white film that you feel like it’s okay.”