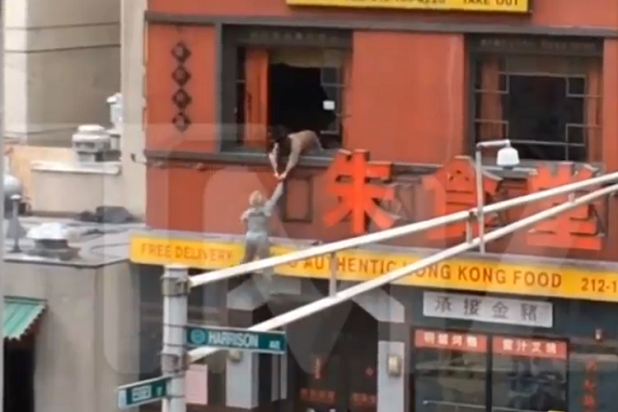 Who ya gonna call? Hopefully somebody with a ladder, because it sure looks like they can use one on the set of “Ghostbusters.”

TMZ has obtained footage from the shoot for the upcoming reboot of the hit franchise, depicting someone — presumably, a stunt person — dangling from a second-story window, narrowly avoiding a nasty plunge as another soul pulls off a heroic reel-in.

In the meantime, enjoy the spine-tingling snippet from the set.