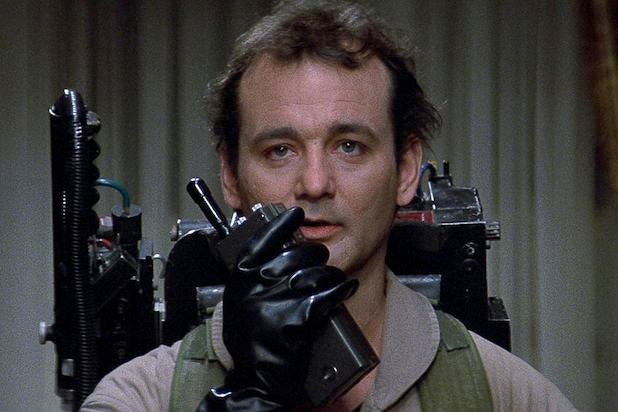 “Ghostbusters,” “Top Gun” and “The Shawshank Redemption” were among the 25 movies added to the National Film Registry of the Library of Congress, acting Librarian of Congress David Mao announced Wednesday.

The 2015 registry includes such iconic movies as the 1997 film-noir crime film “L.A. Confidential,” starring Russell Crowe and Kevin Spacey;  the 1959 melodrama “Imitation of Life,” starring Lana Turner; and the Douglas Fairbanks 1920 swashbuckler “The Mark of Zorro.”

Also on the list of significant films is one of the earliest film recordings and the oldest surviving copyrighted motion picture, produced by Thomas Edison’s team of inventors. Recorded in 1894, “The Sneeze” became synonymous with the invention of movies. Other films on the list that feature pioneering cinematic techniques are the 1906 “Dream of a Rarebit Fiend” and Disney’s “The Old Mill,” from 1937.

Films selected for the registry must be at least a decade old and epitomize the diversity and richness of America’s cinematic heritage. “Selecting a film for the National Film Registry recognizes its importance to cinema and America’s cultural and artistic history,” said Mao. “The registry is an invaluable way to advance public awareness of the richness, creativity and variety of our nation’s film heritage.”

The documentaries and shorts named to the registry include “Portrait of Jason,” an exploration of a gay hustler’s life in his own words; Su Friedrich’s 1990 autobiographical tale about the schism between a daughter and her father “Sink or Swim”; and “The Story of Menstruation,” a 1946 Disney-produced film seen by nearly 93 million women and girls over two decades.

The silent films selected this year include “A Fool There Was” (1915), starring one of cinema’s first vamps, Theda Bara, and “Humoresque,” the 1920 story of the rise of a Jewish immigrant to violin virtuoso. Also included on the list was the Spanish-language version of Dracula from 1931, which was shot concurrently with the English-speaking film starring Bela Lugosi.

“Making ‘Ghostbusters’ was one of the great joys of my life,” said director Ivan Reitman. “It’s an honor to know that a movie that begins with a ghost in a library, now has a spot on the shelves of the Library of Congress. It’s humbling to be part of a collection of extraordinary films that I have loved all my life.”

“I can think of no greater honor than for ‘The Shawshank Redemption’ to be considered part of our country’s cinematic legacy,” director Frank Darabont said in a statement. “I express my deepest thanks to all those who chose it for inclusion in the National Film Registry … and most of all to the audiences who embraced our movie and have kept it alive all these years.”

This year’s selections bring the number of films in the registry to 675, which is a small fraction of the archive’s vast moving-image collection of 1.3 million items.

Here’s the complete list of films selected for the 2015 National Film Registry: